Jury Awards $6.3M to Cardiac Patient Who Died While Jogging 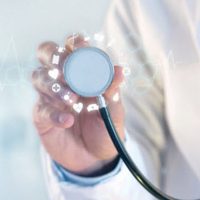 A jury awarded a woman $6.3 million after her husband died of a heart attack while jogging. The heart attack occurred just six weeks after his doctor cleared him of heart problems.

The man collapsed while jogging in August of 2016. He was found by a passerby in a ditch. The autopsy showed that from an acute myocardial infarction otherwise known as a heart attack. The condition is characterized by a blockage of blood flow to the heart muscle. His arteries were severely clogged at the time of his death.

The deceased went to his family doctor after experiencing persistent chest pains, according to the complaint. Additionally, he was suffering from shortness of breath and other symptoms all indicative of a heart problem. To top it off, the plaintiff had a history of heart disease in his family.

He was referred to a cardiologist who later diagnosed him with panic attacks and anxiety. Two days later, he was discharged by the hospital.

A ten person jury unanimously found in favor of the plaintiff. They agreed that the plaintiff’s doctor was negligent in failing to diagnose heart disease and releasing him with a diagnosis of a panic attack.

What Was the Doctor’s Defense to This?

According to the plaintiff’s doctor, the plaintiff had a stress echocardiogram that showed excellent heart function and was entirely negative for heart damage. This caused his doctor to green light his exercise regimen and inform his patient that there should be no problems with jogging.

The defense was able to produce at least one expert witness who agreed with the defendant. After losing the case, the defense expressed shock at the size of the verdict and called for “tort reform”—a well-known dog whistle for denying consumers their right to pursue damages against negligent doctors.

In point of fact, echocardiograms are the least invasive way to measure heart function. If a patient comes into a doctor complaining of persistent heart-related problems, and that doctor gives them an echocardiogram, the doctor could follow up with other tests to ensure his patient is okay.

Echocardiograms are considered around 85% to 90% accurate when diagnosing heart problems. If, however, a patient continues to experience symptoms, more tests could be ordered to ensure that the stress echo didn’t miss anything.

Stress echos are generally administered while the patient is on a treadmill, but in other cases, if the patient cannot exercise for some reason, the tests can be administered using drugs to simulate the effect of exercise on the body.

If you’ve been injured by a negligent doctor, the Tampa medical malpractice attorneys at Palmer | Lopez can help you recover damages related to your medical expenses, missed time from work, pain and suffering, and more. If your loved one has lost their life due to medical negligence, we can help you sue on behalf of their estate. Talk to us today for a free consultation.