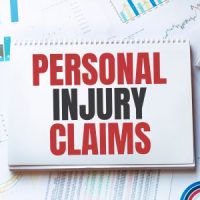 A Florida jury has returned a plaintiff’s verdict on behalf of the family of a 14-year-old boy who was struck and killed by an SUV after being ejected from a state fair. According to the lawsuit, police intervened on behalf of a number of individuals at the fair when a group of children made a rush at vendors and stole some of their wares. The victim became involved after he saw police detaining two of his friends. One of the detainees had dropped his hat and the victim picked it up off the ground and brought it to him. The boy was then detained along with his friends.

At this point, the police detained the boys for 40 minutes and then drove them to the edge of the fairgrounds where they were released. A 12-year-old testified that the boys struggled to find their way back to the main gate where they were supposed to meet up with their ride. When the boys attempted to return to the fair, they were threatened with arrest. The boy was struck and killed by an SUV as he was attempting to cross the interstate.

The defense countered that the boy refused an offer of a ride from his coach. The boy wanted to stick to his original plan and meet his friend’s mother by the main gate. The defense also introduced evidence that the victim had made at least 20 phone calls after his detention and none of them were to his parents.

Did the police do anything wrong?

Qualified immunity prevents police officers from being held individually liable for acts of negligence committed in the line of duty. However, any deviation from department policy could mean that the police officer’s actions are not consistent with his duties. So, plaintiffs must establish that an officer violated some department policy in order to hold them individually liable. That being said, the majority of these lawsuits are filed against police departments, and the police departments end up picking up the tab—not the individual officers.

So, what did the officer do that violated department policy? Likely, the department had a policy of dealing with juveniles that did not involve forcing them to cross interstates on their own. In this case, the officers placed the juvenile in danger and he was struck by a vehicle.

Police departments have a difficult history of dealing with disorderly juveniles or mentally disturbed individuals. Often, they give them a ride in a vehicle, dump them in a random neighborhood, and proceed to forget about them. It is likely that this case struck a nerve with the family and social justice advocates who believe the practice is unethical.

Palmer | Lopez represents the interests of those who have been injured by negligent parties in Tampa. Call our Tampa personal injury lawyers today to schedule a free consultation and we can begin discussing your allegations in more detail.