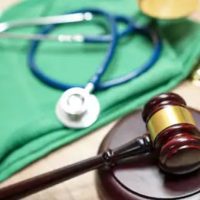 A man was awarded $17 million by a jury after he was taken to the hospital following a motorcycle accident. Upon arrival, the man was able to use his arms and legs. After surgery, however, he no longer had functionality in his legs. Initially, the doctor simply recommended the man use a back brace for 6 to 8 weeks. However, he later recommended an additional surgery. The lawsuit contended that the doctor never ordered appropriate testing or imaging to identify problems with the spinal cord or soft tissue. The doctor never ordered decompression of the spinal column nor used imaging technology to avoid problems during surgery.

A second surgery was ordered to repair the damage, but was ineffective. The patient now has persistent paralysis of his lower body and will likely remain a paraplegic for the rest of his life.

Allegations emerging from medical malpractice lawsuits can be difficult to understand. This is the legal standard determining what exactly qualifies as medical malpractice is somewhat unclear. The AMA and related bodies issue instructions to doctors and, often, if shortcuts are taken, serious problems can be missed that result in major complications for patients.

In this case, the doctor was criticized for failing to get images of the patient’s spinal cord prior to conducting the surgery. One would think it would be common sense to take a look at what you’re operating on before you open a patient up. Lawyers for the now-paralyzed plaintiff were able to convince the jury that the standard of care had been breached in this matter.

Analyzing the standard of care

In this case, the patient was catastrophically injured by the doctor. The matter could have been avoided if the doctor had taken images prior to the surgery. Even if the doctor did not take images, there were tools available to him which would have allowed him to explore the area before attempting surgical intervention. They were not employed. So, because the doctor deviated from the industry standard of care and a patient was catastrophically injured, the plaintiff was able to recover a massive settlement for future medical expenses, lost wages, and reduced quality of life.

If you’ve been injured by the negligent practice of medicine, call the Tampa medical malpractice attorneys at Palmer | Lopez today to schedule a free consultation and learn more about how we can help.