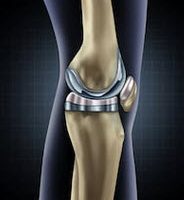 Recently, a jury awarded a man $11.9 million after his doctor failed to put him on prophylactic antibiotics in order to prevent a serious infection from spreading. The lawsuit claimed that the doctor should have known that infection was possible since the man had a prior infection from a similar surgery. As a result of post-operative mistakes, the man’s leg needed to be amputated.

The complaint also alleged that the doctor who performed the surgery neglected to make himself available to other doctors who sought information from him concerning the possibility of postoperative infection. The man will now require a prosthetic leg that may severely hinder his maneuverability. The case was heard in Broward County Court. The doctor is no longer licensed to practice medicine in the State of Florida.

Several lawsuits have been targeted at the companies that manufacture specific types of knee-replacement systems. DePuy Synthes “Attune Knee Replacement” was the target of several such claims between 2002 and 2013. As a result, 277 knee replacement devices were recalled indicating that, at least in some cases, there was a reasonable probability of serious adverse health consequences. The problem with the components was that they failed to correctly bond to the bone resulting in fluid buildup and the worsening of knee pain and related symptoms.

Knee replacement lawsuits are filed under product liability claims. When possible, this is a much better option for plaintiffs because the standard of proof is far lower in a product liability lawsuit than it is in a medical malpractice lawsuit. Product liability plaintiffs are not required to prove negligence while medical negligence plaintiffs have to prove that their doctor breached the prevailing standard of care. Such lawsuits require medical experts and testimony that itself can be quite costly. If the knee replacement technology itself fails, the plaintiff need only show that it did fail and that failure resulted in injury. Even in cases where the injury is caused by the plaintiff himself, the plaintiff can allege that he and his doctor were never warned about the potential danger.

In cases where the knee replacement fails because the surgery was performed improperly or the doctor was negligent in their postoperative standard of care (as was the case above) then the lawsuit must be filed against the doctor. Such cases require that the plaintiff show that the doctor either did something wrong and failed to correct it or neglected to do something imperative. In this case, the doctor failed to prevent the infection that cost the patient his leg.

If you’ve been injured by a negligent doctor or a defective medical device, talk to the Tampa medical malpractice attorneys at Palmer | Lopez We litigate such cases recovering damages for our clients. Talk to us today to set up a free consultation.