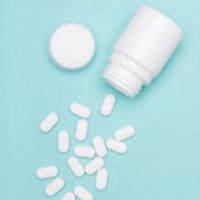 Kratom is an opioid-like drug that is legal under current laws. It is often used by those detoxing from heroin or other opioids to get them over the threshold. While this drug is not used in clinical settings, many of those who want to avoid hospital treatment use Kratom to beat addiction. But Kratom itself is addictive.

Now, one area family has filed a lawsuit against specific bars that served kratom to a local woman who suffered psychosis as a result of the substance. Will the lawsuit be successful? Maybe, but there is plenty of reason to be suspicious.

The family says that the woman, who is 19 years of age, suffered severe psychiatric symptoms that required her to be involuntarily committed for a time. However, certain conditions such as schizophrenia begin manifesting at precisely the same age. Others, like type 1 bipolar can manifest around 19 as well, but can also manifest later in life. Not much is known about these conditions other than the fact that dopamine is believed to be responsible for psychosis. So it stands to reason that any drug that increases dopamine can worsen symptoms. The same can also be said of marijuana, alcohol, and more. So kratom, if it did cause her symptoms, would not be uniquely responsible for aggravating the symptoms of someone with a preexisting perception disorder.

Anything Can Cause Psychosis?

Psychosis is a condition typified by disorganized thinking, hallucinations, delusions, and reduced cognitive ability. Some folks have to deal with psychosis all the time. A diagnosis of schizophrenia or schizoaffective disorder requires that psychosis be present most or all of the time without intervention. Bipolar disorder, however, works differently. While some folks will never have a psychotic episode related to their mood disturbances, those with type 1 bipolar experience psychosis when they have a severe mood disturbance. Drugs are just one of the things that can cause a mood disturbance which can evolve into psychosis.

However, it is highly unlikely that a drug like kratom will cause some form of acquired schizophrenia unless the doctors can prove that there is some damage to some part of the brain. In this case, the family believes they have just such a smoking gun. However, they will need to compare brain scans taken before and after the several years of kratom ingestion.

Secondly, the fact that the plaintiff was underage when she was consuming kratom tea will need to be considered. The restaurants could be held responsible for serving an underage minor with a controlled substance, but if the minor presented an apparently valid ID, then the chances of holding the bar responsible are slim.

If you’ve been injured due to a toxic substance, the Tampa personal injury attorneys at Palmer | Lopez can file a lawsuit on your behalf to recover damages for lost income, medical expenses, and reduced quality of life. Call today to learn more.