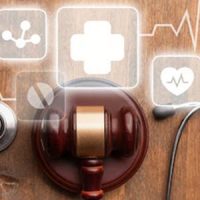 The husband of a woman who died shortly after childbirth at a well-known hospital in Los Angeles has filed a medical malpractice lawsuit against the hospital accusing it of providing a much lower standard of care to women of color than white women. The plaintiff said that the racial element of his case took form during depositions.

The plaintiff recently told the press that he had no doubt in his mind that his wife would be here today if she were a white woman. The plaintiff contends that the hospital rushed to perform the C-section and allowed the mother to bleed out. According to the plaintiff, the C-section was sloppy and performed in only 17 minutes. While his wife languished for hours without receiving additional attention, her husband pleaded with doctors to make her care more urgent. She was eventually moved, but by then it was too late. At one point, a nurse told the plaintiff that his wife was not a priority. By the time the woman died 90% of her blood was in her stomach, her bladder was lacerated, and her sutures were bleeding.

The hospital denies the allegations of racism saying that the plaintiff’s claims represent a mischaracterization of its values.

Two elements to the allegations

It is typical for American health care to be compared to other countries throughout the world. While our health care is among the best it is also among the worst. The difference comes into play when you look at specific hospitals that have exceptional ratings and other hospitals that have very poor ratings. These very poor hospitals tend to be located in cities where there is a higher percentage of urban poor and Black residents. In other words, the quality of care that poor Americans are getting is quite different from the quality of care their richer neighbors are getting.

This is the first case that alleges quality of care discrepancies between races within the same hospital. This would make it both a civil rights issue and a medical malpractice lawsuit. The hospital violated the patient’s civil rights by administering a substandard quality of care to a person of color. This was completely avoidable and her case was deprioritized for unknown reasons which the plaintiffs say is racism and the hospital says is not.

Nonetheless, the plaintiffs have produced evidence that the quality of care for Black Americans at the LA hospital is lower than the standard of care for white Americans and this evidence will come out at trial. The plaintiff has spoken to Congress about the allegations and it could produce real change for California’s medical malpractice laws.