Laser Spine Institute Shut Down after Lawsuits and Financial Problems 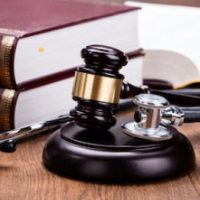 Once upon a time, the Laser Spine Institute ran a chain of surgical centers that specialized in delivering “minimally invasive” options for those who were dealing with back and neck pain. The institute appeared to suffer significant financial problems that were, at least in part, due to a number of malpractice suits that had been filed against them. While measures to reduce the number of locations proved financially viable for the chain’s overall economic health, they decided to close the four remaining locations.

LSI had been attempting to file for Chapter 11 bankruptcy. Dissolving the company will allow them to file for Chapter 7 which will liquidate the remaining assets held by the company in order to pay back creditors and those to whom they owe monetary damages for medical malpractice. LSI said they were unable to attract the necessary funding that would have helped them survive Chapter 11.

Despite offering customers the latest in medical technology at an affordable price, the institute was cited for driving up health insurance claims by recommending unnecessary tests and procedures. In addition, there were several complaints about the quality of their treatment which led to numerous medical malpractice lawsuits across the country.

In one highly publicized case, former wrestler Hulk Hogan hit LSI with a $50 million lawsuit in which he alleged that numerous unnecessary surgeries shortened his career as a professional wrestler.

In a different incident, LSI was found liable in a patient’s death after administering excessive amounts of the opioid-based pain medication Dilaudid. After the procedure, she was given six times the amount of Dilaudid than was initially order. According to the lawsuit, they allowed the woman to leave the center despite this fact in order to free up a bed. The woman died shortly after being discharged from LSI.

Here in Tampa, the birthplace of the Laser Spine Institute, LSI was sued after a spinal fusion went wrong leaving a patient in worse shape than they were in before.

Despite claiming that they had a 98% satisfaction rate, LSI has a one-star rating on the Better Business Bureau website and over 61 complaints over the past 3 years.

The closures come amid complaints and concerns around corporate or chain medical health centers that have found their way all across America’s major cities. Corporatized medical services are often the targets of malpractice lawsuits, health care insurance fraud, and recommending unnecessary procedures in order to turn a greater profit for their business.

Many fear that doctors are becoming less like doctors, and more like mechanics who want to sell you a new transmission when all you need is a tune-up.

If your doctor ordered unnecessary tests in order to overbill your insurance, you should be aware that is medical malpractice. The Tampa medical malpractice attorneys at Palmer | Lopez can recover damages related to medical negligence. Talk to us today to set up a free consultation.