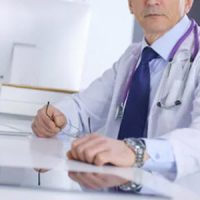 Stem cell treatments are the next frontier of medical science. Doctors hope that, eventually, they will be able to regrow organs from our own tissue. Today, stem cells are sort of like a magic wand. Clinics offering stem cell treatment claim to improve back pain and other common ailments using an unproven technique of redirecting stem cells from your own body to pain areas. The treatments are only loosely based on legitimate medical science and are unproven to treat any condition. Not surprisingly, many have been injured during these treatments and suffered severe complications from a lack of sanitary standards. In other words, stem cell clinics can’t prove that they help anyone but have proven that many can be injured.

Now, an Illinois lawmaker is facing charges that she defrauded patients, sold them fake stem cell treatments, fraudulently used $300,000 in pandemic aid, and wrote illegal prescriptions. In addition, a patient has filed a lawsuit against her alleging medical negligence, medical battery, false advertising, and breach of contract. He has requested the punitive damages be assessed against the lawmaker and her clinic.

The “physician” claimed that she was a full physician when in fact, she was a physician’s assistant. She advertised that her stem cell clinic could help relieve back pain. The patient was scheduled for surgery directly prior to trying this fringe treatment. The “doctor” told him that she would use mesenchymal tissue and amniotic fluid to treat the condition.

The “doctor” contends that the plaintiff had no issue with the treatment until after the government announced a federal prosecution against her for writing illegal prescriptions and misrepresenting her qualifications. An attorney for the “doctor” claims she will vigorously defend herself from both the government and the patient’s allegations.

To prove a medical malpractice allegation, you must establish that an injury occurred. Your doctor can make a mistake, but if it doesn’t harm you, then there is not likely to be a viable case for medical negligence. You need to prove injury to establish damages. Medical battery does not work like this.

Medical battery is based on consent laws. A doctor must get the consent of a patient before performing a procedure and the procedure should be explained to them properly. Elements of fraud erode the entire concept of consent. You cannot consent to something that’s been misrepresented to you. Therefore, even if the patient did not suffer any injuries from the procedure, he would be able to pursue a lawsuit on the basis of medical battery because the “doctor” in this case, defrauded him by misrepresenting her credentials and the effectiveness of the treatment.

Injured by a medical doctor, hospital, or nursing home? Call the Tampa medical malpractice attorneys at Palmer | Lopez today to schedule a free consultation and learn more about how we can help.