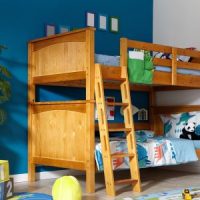 The 2022 Little League World Series ended in devastation for one twelve-year-old player after he fell out of a bunk bed and suffered a serious injury, including a skull fracture and a brain bleed. As a result of the fall, the boy has required three operations and suffered a staph infection. He has also developed recurring seizures.

Now, his family is suing both Little League Baseball and the company that manufactured the bed, stating that it was unreasonably dangerous. The family contends that there was no railing on the bunk bed and that the boy fell off in his sleep. The family is suing for both compensatory and punitive damages.

The little league stands accused of placing children in a dangerous situation. The parents will contend that the bunk beds were not safe and should have had protective railings to prevent the children from rolling off the beds in their sleep. For at least some of the population, restless sleeping and night terrors is a serious concern. So, the little league could have predicted that the beds would have been dangerous for 12-year-olds who tend to suffer from night terrors more frequently than adults. Almost every bunk bed that you see marketed to the parents of children has protective rails to prevent children from falling out of the bed. In fact, a cursory search of products reveals that it’s very difficult to find a bunk bed without railings on the top to prevent fall injuries. It remains unclear how the little league found a bunk bed without a railing. Nonetheless, the failure to acquire bunk beds with a standard safety feature is actionable under the law and the injuries suffered by this child are extensive.

While the little league is alleged to be liable on the basis of exposing children to a foreseeable injury, the bunk bed manufacturer is liable under a theory of product liability. In this case, the manufacturer failed to engineer the product with a standard safety feature. It’s exceedingly rare to find bunk beds manufactured without railings. Where can you find such bunk beds? Why, prison, of course. So, a manufacturer of bunk beds has two major sources of income. One is parents and the other is prisons, and the little league taps the prison manufacturers to house children playing during the little league world series.

If the bunk bed manufacturer was manufacturing these bunk beds for inmates as opposed to children, they may not be liable since their product was not defective, but simply meant for adults. The liability would then return to the little league for using prison bunk beds for children.

Night terrors are a serious medical issue. Generally, when you fall asleep, your body paralyzes itself to avoid injury. With night terrors, that does not occur. Hence sleepwalking and other behaviors. It is much more common in children than adults.