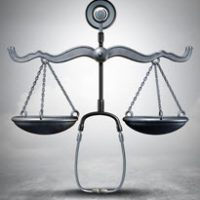 Should you be able to sell your organs for profit? Should you be able to give your organs to someone in your family in order to save their lives? These are two manifestations of the same ethical debate. Can a layperson without a medical degree really understand all of the consequences that giving one of their organs away can have? In other words, should a doctor be allowed to perform the surgery if they have the patient’s consent?

In 2010, a man consented to donate part of his liver to his sick brother-in-law. The surgery did not go as planned and, unfortunately, the donor died on the operating table. The donation was a last-ditch effort to save another man who was in an advanced stage of cancer. The brother-in-law died the next year.

Today, a medical malpractice lawsuit has been filed on behalf of the donor. The plaintiffs are alleging that the doctors failed to warn the donor about the advanced state of his brother-in-law’s condition. Had he known, they argue, he may have reconsidered the surgery.

The surgery required that doctors remove 60% of the donor’s liver for transplant. There was no guarantee, however, that this surgery would save his brother-in-law.

One of the key arguments for the plaintiffs is whether or not doctors for the brother-in-law misrepresented his prognosis to the donor. According to the donor’s wife, the donor was told that the recipient would have a “good shot” at a long life if he received part of his liver. The plaintiffs contend that they were never made aware that the recipient’s cancer had advanced to stage three. Only 20% of patients with stage three liver cancer live past five years.

As part of the lawsuit against the doctors who performed the surgery, the plaintiffs are arguing that the deceased could not have given his consent if he was not completely informed as to the recipient’s prognosis. In cases like these, the donor is assigned an independent advocate who is supposed to represent their interests. One medical expert brought on to testify for the plaintiffs claimed that the deceased’s donor advocate was never truly independent of the transplant team who advocated for the surgery.

Complicating matters, the surgery was overseen by one of the world’s most renown transplant specialists and surgeons. The program itself is considered one of the best in the entire world. It was the first time that they had ever lost a donor during a transplant.

The plaintiffs are alleging medical negligence resulted in the donor’s death. Excessive blood loss was the cause of death.

If you have lost a loved one or been injured by medical negligence, contact the Tampa attorneys at Palmer | Lopez and we will handle your complaint.