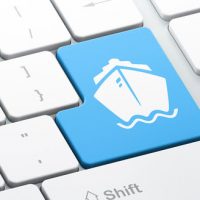 The plaintiff in a medical malpractice lawsuit levied against Royal Caribbean Cruises won a $4.8 million verdict after he claimed that the onboard medical doctor botched the diagnosis of his heart attack. According to the complaint, the passenger, a 70-year-old former labor and immigration lawyer, was celebrating his birthday aboard the cruise ship when he began suffering shortness of breath. He went to the ship’s infirmary to have the problem looked at, and the onboard doctor correctly diagnosed his condition as congestive heart failure. This occurs when a patient’s heart is struggling to push blood through the system and fluid ends up getting stopped up in the lungs.

While congestive heart failure is a terrifying diagnosis, it is also treatable. If caught in the early stages, serious damage to the heart is avoidable and the patient can go about making lifestyle changes that will prolong their life. Instead, the doctor administered a beta blocker, a diuretic, and discharged him to his room which the plaintiffs claim made his condition worse. When the plaintiff collapsed shortly thereafter.

Since the patient’s heart was laboring already, the doctor should have never administered a beta blocker which causes the heart to slow down. Additionally, the diuretic caused his blood vessels to expand making an already-damaged heart have to labor harder to get the blood through. When the man stood up in the cabin, he experienced a head rush that caused an immediate drop in blood pressure. That’s when he collapsed to the floor.

The heart attack he suffered was described as a pulseless electrical activity cardiac arrest. The brain was sending the signal to his heart to beat, but his heart was too weak at that point to comply. The man was airlifted to a nearby hospital but he died.

Medical malpractice can occur on cruise ships with regularity. While the ship has a basic infirmary, critical cases can be airlifted and flown to a nearby hospitals in order to receive more expansive care. In this case, the man was not airlifted to a nearby hospital until it was too late. In addition, the substandard quality of care he received aboard the vessel directly contributed to his death.

In response, the defendants argued that the plaintiffs had not settled on a single reason why the man died. They blamed the beta blocker for causing his heart to slow down, the doctor’s failure to warn about the possibility of a major drop in blood pressure when trying to stand up, and the failure to airlift the patient to a nearby hospital. The cruise line additionally claimed that it had no duty to evacuate the plaintiff in the event of a medical emergency. That’s not exactly something you’ll see on the brochure. A jury agreed that the defendant’s substandard care significantly contributed to their passenger’s death.

If you’ve been injured by a substandard rendering of care, the Tampa medical malpractice attorneys at Palmer | Lopez can help you recover damages. Contact us immediately for a free case evaluation.