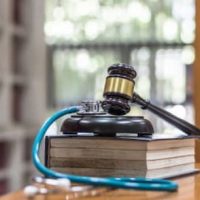 For months a Kansas inmate complained of headaches and muscle weakness but his pleas for help went largely unanswered. It wasn’t until he was in an infirmary bed in a state of such profound stupor that he was soiling himself that the medical staff took notice of his condition. By then it was too late. Now, his mother has filed a lawsuit against Corizon Health which is a private company that administers health to inmates in Kansas prisons.

Contractors like these often pitch their help on the basis of saving the state money. But many have questioned whether prisoners are paying with their lives for reduced costs. In this case, a number of factors come into play.

First, you have an inmate who is complaining of symptoms related to his head and muscles. You have a staff that turns him away and refuses to treat him. The inmate comes in later with worsening symptoms and the staff scrambles to figure out what went wrong. The inmate dies while the staff is left to wonder why and an autopsy reveals the cause.

The Case Against Corizon

This is not the only time that Corizon has been in the news. The Southern Poverty Law Center has sued the State of Alabama over the quality of care provided to inmates. Corizon is one of the largest for-profit contractors providing health care to inmates across the country and, as such, saves states millions of dollars annually by providing health care at reduced costs. However, one of the ways that they are saving states money is by acting as their own insurance company. In other words, Corizon can make decisions on what kind of care they render to inmate patients. In this case, they denied a patient who was consistently suffering from worsening symptoms any medical intervention at all.

According to the Kansas City Star, Corizon denied medical treatment to inmates on a regular basis. In fact, they appear to have done so in violation of the contract that they signed with the state. Inmates were shown to have complained up to five times before receiving any medical treatment and, in some cases, even that wasn’t enough. Additionally, inmates who received psychiatric care did not do so under the guidance of an actual psychiatrist. Prescriptions were being written by nurse practitioners and other doctors. In response, the state levied penalties in excess of over $7 million against Corizon but that only served to save them more money.

The situation in Kansas is exemplary because, unlike the majority of states in which Corizon operates, the health care provider operates under the watch of an independent third-party tasked with overseeing quality of care issues. This is not the case in other states. In other words, the situation might be much worse and more widespread than we know.