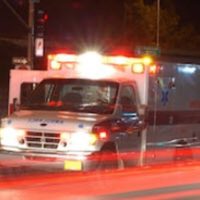 Nuclear verdict alert! A Fresno, CA man won $50 million after he was severely injured in an ambulance ride. If you’re wondering how he will enjoy his $50 million jury award, the answer is: He won’t. The man is in a persistent vegetative state and will likely remain so for the rest of his life. His wife was awarded $10 million in a separate judgment to compensate her for the loss of consortium and companionship as well as the loss of financial support.

While winning a $50 million verdict may seem like a boon, the truth is, the cost of that jury award is always too high. The man essentially lost his life in the accident and the money he is paid will provide him with life support indefinitely. There is, however, no brain activity.

The man was undergoing an endoscopy at his physician’s office when he woke up during the procedure and began showing signs of distress. He was intubated and an ambulance was called to take him to the hospital to ensure his lungs were okay. On the way to the hospital, the man had to be intubated. A paramedic attempted to adjust the tube, but they couldn’t get it back in. The passenger died of cardiac arrest on his way to the hospital.

While several defendants were named in the lawsuit, the ambulance company took the brunt of the decision with the jury finding their employees solely liable for the patient’s death.

The plaintiffs themselves were accusing these defendants of contributing negligence, so one would expect it would not be very difficult to make the argument. But it backfired spectacularly with the jury deciding that the ambulance company was 100% responsible for the patient’s injuries and deaths.

The ambulance company issued a statement that they strongly disagree with the jury’s decision. They will have the option to appeal the verdict, but it is unclear on what basis they would attempt an appeal.

Two things are notable about this lawsuit. Firstly, EMTs are held to a very low standard of medical malpractice having to deal with acute patients and make split-second decisions on a regular basis. Secondly, the size of the verdict is quite large. However, plaintiffs are entitled to past and future lost wages, so if the plaintiff was a high-earner, then that will drive up the verdict significantly.

If you’ve been injured due to the malpractice of a medical doctor, call the Tampa medical malpractice lawyers at Palmer | Lopez today to schedule a free consultation and discuss the prospect of filing a lawsuit.