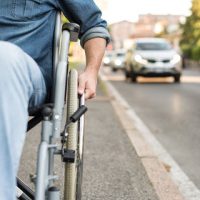 A man suffered a stroke following a chiropractic treatment and was brought to an emergency room for treatment. Strokes can occur when the neck-cracking process causes one of the arteries supplying blood to the brain to sever, resulting in internal blood loss. As a result, the man now suffers from “locked-in” syndrome, a terrible condition resulting from damage to the brainstem, in which a person is completely paralyzed, but their cognitive abilities remain intact. he is completely paralyzed except for vertical eye movements.

In this case, the lawsuit was filed against the doctors who treated the man immediately after he suffered a carotid dissection at the chiropractor’s office. Below, we’ll discuss the defendants and who specifically ended up being liable.

Do you enjoy the sound of your neck cracking and the momentary clarity you get after a particularly good adjustment? There is a small chance that you can suffer a carotid dissection as a result of a cervical adjustment that causes an immediate stroke. Strokes are a rare complication of chiropractic adjustments. A chiropractor would not necessarily be liable for a carotid dissection unless they did something specific that caused it. In many cases, a chiropractor would not be liable unless they failed to call an ambulance immediately following their patient’s distress.

What happened at the hospital is what the plaintiff claimed was negligent.

The doctors at the emergency room

Jurors cleared all but two medical professionals of liability, assigning 60% of the blame to the ER doctors and another 40% to a radiologist. Those who file medical malpractice lawsuits know that these lawsuits are much harder to win in emergency room situations than they are in general practice situations. That’s because emergency room doctors have to make split-second decisions, so the standard of care which they are held to is lower than it would be in a GP or specialist setting.

Essentially, the defendant-doctors were found to be negligent for correctly diagnosing the patient’s condition but failing to act on it in a timely manner. They correctly diagnosed that the patient had a brain stem stroke, but failed to provide treatment until the next day. By then, the damage done was permanent. For those who suffer strokes, getting early treatment will determine the quality of the prognosis. The longer a stroke goes without treatment, the more likely it is to cause permanent brain damage. In this case, it resulted in one of the worst conditions an individual can suffer.

The jury awarded $75 million to the plaintiff for future treatment and reduced quality of life.

Palmer | Lopez represents the interests of Tampa residents who have been injured by negligent medical professionals. Call our Tampa medical malpractice lawyers today to schedule a free consultation and learn more about how we can help.