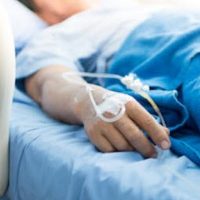 A lawsuit has been filed against the Mayo Clinic after a patient claims he suffered brain damage from the administration of a sedative. According to the lawsuit, the patient was given too much of the sedative and suffered serious complications as a result.

According to the lawsuit, the patient was suffering from alcohol withdrawal and shortness of breath, and abnormally low sodium in his blood. He was given the sedative lorazepam and now claims to have suffered brain damage.

Lorazepam is in a class of drugs known as benzodiazepines and is sold under the brand name Ativan. It is marketed for those with panic disorder, and anxiety, and used in clinical settings to calm patients who are experiencing acute emotional distress. Benzodiazepines are recommended only for short periods of time or for acute symptoms. They should not be used indefinitely like other psychiatric medications.

Can benzodiazepines cause brain damage?

Yes. Benzodiazepines work on the GABA neurotransmitter which has the principal function of reducing the excitement of neurons in the brain. In other words, the drugs are depressants that help you sleep, relax you, and induce a feeling of calm. For those experiencing symptoms of a panic attack, the drug effectively reduces the symptoms. For those who can’t sleep, the drugs will help. However, used over a long enough time period, the drug will depress more than neuronal excitability. It will damage areas of the brain associated with memory, executive functioning, and rational thinking. It will later result in an inability to control emotions, and impulsive behavior, and worse still, it can affect your breathing. Those who remain on benzodiazepines for extended periods of time may suffer from symptoms similar to alcohol-related brain damage. It can increase your risk of Alzheimer’s and dementia.

Can a single high dose of Ativan cause brain damage?

Now, we’re into uncharted territory. Most individuals who suffer overdoses of Ativan fully recover and do not report any of the serious permanent side effects. However, both Ativan and alcohol are depressants. If the patient was admitted with alcohol toxicity and then administered Ativan, it could double the effect of the depressant and result in some form of permanent brain damage. However, all indications seem to be that the chemical structure of the brain changes over years of protracted use. The studies indicate that many individuals developed dementia over 15 years of using the drug. About 25% of the users developed dementia or Alzheimers.

Thus far, however, the research is on the side of the Mayo Clinic. The plaintiff has to establish that the Mayo Clinic did administer too high of a dose and that dose resulted in permanent brain damage. We just don’t have studies that indicate an individual can develop brain damage after a single overdose.

Palmer | Lopez represents the interests of those who have been injured by medical doctors. Call our Tampa medical malpractice lawyers today to schedule a free consultation and we can begin discussing your case in more detail.