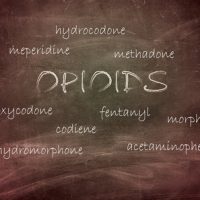 Abuse of opioid drugs has increased rapidly throughout the United States in the last decade. It has gotten so bad that, last month, President Trump declared the opioid drug abuse epidemic a national emergency. Even before the spike in overdose deaths gained the attention of national media, Floridians could not help but notice the proliferation of sketchy looking pain clinics throughout our state. Cracking down on Florida’s “pill mills,” where doctors would prescribe powerful opioid painkillers to virtually anyone for virtually any reason, did not solve the problem, as millions of Americans remain dependent on these highly addictive drugs. The legal issues surrounding the opioid painkiller abuse epidemic and complex and involve many subfields of law. Can doctors be sued for medical malpractice for irresponsibly prescribing addictive opioid painkillers?

Upholding the Standard of Care

The requirements for proving medical malpractice or negligence regarding opioid overdose or addiction are the same as those for proving malpractice related to any other injury. You must prove that the doctor had a duty to treat the patient and that he breached the standard of care by failing to do what a reasonable physician should do in the given situation.

Physicians who prescribed large amounts of opioids certainly have come under legal investigation. The documentary film Dr. Feelgood is about William Hurwitz, a Virginia physician who was tried and imprisoned for irresponsibly prescribing opioids. The prosecution successfully argued that drug dealers sought out Hurwitz to supply them with drugs to sell, knowing that he would not refuse. Witnesses for the defense included patients who claimed that long-term opioid use was the only effective treatment for their chronic pain. Hurwitz compared himself to Gimpel the Fool, a character in a short story by Isaac Bashevis Singer. Gimpel continues to assume the best about people’s intentions, even as they repeatedly deceive him. It is worth noting that the Hurwitz case was argued in a criminal court; it was not strictly a medical malpractice suit.

What Counts as Irresponsible Prescribing?

In the 19th and early 20th centuries, opiates were an ingredient in many medicines, some of which were sold over the counter. In 1900, you could simply go to a pharmacy and buy opiates to treat ailments as mundane as cough and menstrual cramps. Later, as the addictive potential of heroin gained national attention, the government introduced restrictions on opiates. For most of the 20th century, doctors only prescribed very short courses of opioids, except for terminally ill patients. In 1996, the tide turned toward prescribing long courses of opioids, including new, powerful synthetic opioid drugs. In the last few years, guidelines have changed again to favor prescribing practices that deter long-term opioid use.

If you think that your relative’s opioid overdose or addiction is the result of irresponsible prescribing, you may have a case for a medical malpractice lawsuit. Contact Palmer | Lopez in Tampa for a consultation.