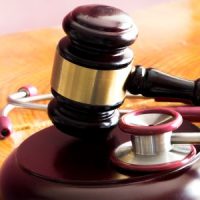 A celebrity plastic surgeon is facing numerous medical malpractice lawsuits, all filed within a matter of months, according to a recent story. The surgeon, known as the “Boob God”, is married to a Real Housewives of Miami star.

The latest lawsuit, filed on August 4th alleges that the surgeon performed a thigh lift using an improper surgical technique that left his patient with deformed genitalia and pain. A second lawsuit was filed against the surgeon after an arm lift left his patient with large open wounds and reduced her range of motion. The first lawsuit in the chain was filed in 2019. The plaintiff alleges that the surgeon left a surgical needle in her body prior to closing her up.

The surgeon maintains that the surgical needle was not his fault. He had been interviewing an applicant who was performing a closure, and he was the one who left the needle in the patient. Nonetheless, the surgeon’s business is responsible for the negligence. Blaming an intern is not a defense to medical malpractice.

The surgeon goes on the offensive

The surgeon has currently been suing review sites that post negative reviews about him. He believes that the reviews are false, defamatory, and were not placed there by legitimate patients. Nonetheless, the surgeon has a bizarre sense of liability.

For example, he thinks it was a random applicant’s responsibility to ensure that his patient was properly cared for. He considers the allegations bogus even though the man worked for his practice. Since the surgeon was ostensibly overseeing the surgery so that he could determine whether or not the applicant was capable of performing a routine procedure, he is legally responsible for the performance of such procedure. Even if the surgeon’s insurer won’t pick up the tab, the levy would be placed against the corporation he created to handle his business.

Now, the surgeon is facing allegations and lawsuits on top of bad reviews.

Should he be going after reviewers and review sites?

No. The case is unwinnable. But someone is being paid a lot of money to file worthless lawsuits against former patients and review sites because the surgeon’s ego is bruised. The surgeon would have to prove that the reviewers were truly fraudulent, ie: not former patients. Since that is unlikely, so is the chance that he’ll win his lawsuit. Real people are allowed to express their opinions on a doctor’s care.

If you’ve been injured by a medical doctor, the Tampa medical malpractice attorneys at Palmer | Lopez can help you file a claim to recover damages related to your injuries. Call today to schedule a free consultation and discuss your situation in more detail.