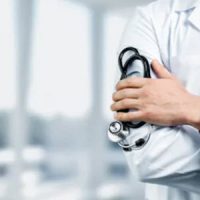 According to the commission, this same lawyer promised not to reveal problems that the University of Maryland was having if they were to pay him a large sum of money. The commission believes that the attorney attempted to extort payments from the hospital by becoming a consultant with the hospital. This would have created several conflicts of interest.

The Hospital Contacts the FBI

The same attorney contends that his actions did not violate any law. As of yet, the FBI has not charged him with any crime and the attorney told reporters that he believes the matter is settled. The FBI did not comment on the case.

However, just because the FBI hasn’t filed criminal charges against the attorney doesn’t mean that he isn’t in trouble. The commission will determine the extent of the attorney’s misconduct and set forth any professional punishments. These could include disbarment or the suspension of his professional license.

The attorney contends that his main motivation was protecting other patients from potentially life-threatening situations. He also says that he extended a hand to the hospital because their problems in the transplant unit were a liability black hole. However, the threat of exposing the problem to the media cannot be used in this way. The attorney claims that he had the permission of his client to extend the offer to the hospital.

While this all seems pretty bad, the case against the hospital may be worse. The attorney contends that the University of Maryland Medical System touted itself as one of the top transplant units in the country. Surgeons were typically asked to perform surgeries that other transplant clinics could not perform. However, turmoil within the department occurred amid dropping success rates. Two of the attorney’s clients suffered catastrophic injuries as a result of their transplant surgeries. These lawsuits were settled with nondisclosure agreements. This latest development may jeopardize those settlements.

If you’ve been injured by the negligent practice of medicine, call the Tampa medical malpractice attorneys at Palmer | Lopez today to schedule a free consultation and learn more about our services.