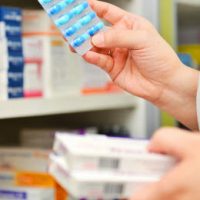 A type of medication error occurs when a pharmacist fills the prescription incorrectly, either by putting the wrong pills in the bottle, or by putting a heftier dose than the doctor prescribed.

Such was the case with one Wisconsin woman who died as a result of a medication error. Her doctor had prescribed her methadone to treat chronic pain, but when the pharmacist filled the prescription, it was for twice the amount that the doctor prescribed. As a result, the woman went into respiratory arrest.

While pharmacists aren’t guilty of all medication-related errors, the most common pharmacy malpractice include:

It’s Not Just Pharmacists Who are to Blame

According to AARP, medication errors more than doubled in 2016. The FDA has estimated that over a million people are injured due to medication errors each year. By and large, however, the most vulnerable segment of the population is those who are over the age of 50. On the one hand, people over 50 tend to take more pills, but also, a large number of medication errors were the result of heart medications.

If you’ve suffered an adverse drug reaction, it could be medical negligence. Contact the Tampa, Florida medical malpractice attorneys at Palmer | Lopez for a free consultation.