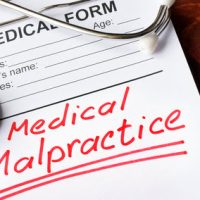 The mother of a 34-year-old psychiatric patient filed a lawsuit against the Medical University of South Carolina after her son died of known complications related to the psychiatric drug Thorazine. While psychiatrists aren’t routinely sued by patients, when they are it’s often related to lapses in medication management. In this case, the patient had become severely constipated, a known complication of the drug Thorazine. His doctors failed to timely diagnose the issue and the man eventually died from constipation.

The matter obviously should have been caught by his attending psychiatrist. But the man suffered both from schizophrenia and non-verbal autism, so he was unable to communicate his needs. The doctors failed to perform a physical exam or X-ray the patient to determine what was happening. The mother found her sons hours after his visit with blue lips. He was pronounced dead at the hospital.

The hospital settled the lawsuit for a reported $100,000.

University hospitals are often covered by sovereign immunity, especially teaching hospitals. This is true in Florida as well, so there is a trade-off when seeking services from universities or teaching hospitals. Sovereign immunity protects government coffers from large jury awards while also delineating the means by which a citizen can file suit against a government agency, employee, or institution run by the government itself. In Florida, the cap would be $200,000. This case settled for $100,000.

Part of the problem in a case like this is that the victim didn’t work nor provide financial support. In those cases, much like the cases of children, this reduces the potential jury award since dependents are able to recover damages related to a primary caregiver’s estate. So, the settlement is related only to medical expenses paid out of pocket (which are $0) and then pain and suffering for both the victim and his family member. Hence, why the settlement figure is so low in a wrongful death of a dependent against the government.

The medical staff was faulted for failing to perform a routine physical exam on a patient who was in distress based on a known complication of medicine that he was on. According to his mother, she had been giving him laxatives, but they hadn’t been working, which is when she took him to the doctor. The doctors failed to perform a physical exam and it is unclear if they recommended any treatment after the visit. Regardless, the adult-dependent was found unresponsive shortly after his visit. Had the doctors correctly and timely diagnosed the issue, he would still be alive. Hence, the hospital committed negligence and is responsible for the death.

If you are injured by the negligent attention of a medical caregiver, you are entitled to recover damages related to your injuries or the injuries of a loved one. Call the Tampa medical malpractice attorneys at Palmer | Lopez today to schedule a free consultation and learn more about how we can help.