Nurse Files Medical Malpractice Suit Against the Hospital Where She Works 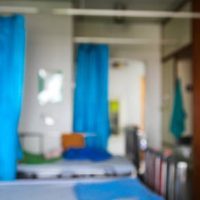 A Kentucky nurse has filed a medical malpractice lawsuit against the University of Kentucky Hospital—the very hospital at which she works. Late last year, the nurse was diagnosed with colon cancer and was forced to undergo bowel resection surgery. During the surgery, she claims that doctors “severed several tubes necessary for urinating.” She has named the hospital, another nurse, and several doctors.

According to the complaint, doctors cut several ureters which carry urine from the kidneys to the bladder. This led to subsequent complications which in turn led to more surgeries. The complaint alleges that the ureters should never have been cut and that the surgery does not require ureters to be severed.

Chemotherapy Postponed Due to Botched Surgery

According to the lawsuit, the nurse’s chemotherapy had to be postponed due to the alleged failed surgery. In addition, she was unable to return to work in the condition that doctors left her in which forced her to apply for long-term disability benefits and social security. The suit claims this left her emotionally as well as financially distressed.

Would Florida Law Have Allowed the Nurse to Pursue Her Case?

The answer to this question is yes, but there are caveats. Each state is allowed to determine its laws and procedures regarding medical malpractice so long as they conform to the individual state’s and the U.S. Constitution. In Florida, sovereign immunity is extended to state-run hospitals like Jackson Memorial Hospital, but the immunity is not absolute. Instead, damages are capped at $200,000 for an individual claim of medical malpractice.

Kentucky has a different approach and does not protect state-run universities from tort or medical malpractice claims.

A controversial 2011 law extends sovereign immunity to hospitals that are operated by medical schools from any liability in medical malpractice suits. The law recently has come under fire due to two cases of medical malpractice against Jackson Memorial Hospital which is run by the University of Miami. Both cases were dismissed under a sovereign immunity rule that bars doctors operating as agents of the hospital from liability.

Why This Law is Controversial

The debate behind the law prohibits injured patients from pursuing damages against the hospital in certain cases. One incident, that resulted in the death of a baby, and another that left a man blind left both without recourse to recover damages for their losses.

An original decision maintained that the state was unilaterally extending immunity to non-state actors like the University of Miami over which the state has limited control and into which the state does not put money. But the controversial decision on appeal held that the State of Florida can extend sovereign immunity even to privately owned companies if they are acting as agents of the state. This includes doctors who may not be employees of the hospital but nonetheless work at the hospital.

The decision is likely to find its way in front of the Florida Supreme Court at some point.

Palmer | Lopez in Tampa helps those who are injured by medical malpractice recover damages for their injuries. Give us a call or talk to us online and we can begin discussing your case today.