Nurse Goes To Trial For Culpable Negligence After Medication Error 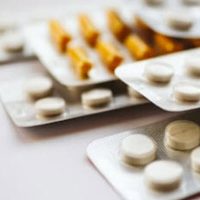 While it’s not necessarily a crime to commit medical malpractice, there are criminal elements potentially to a medical malpractice case. Criminal charges have been filed against doctors for active conduct that places a patient’s health in peril. However, these cases usually do not involve negligence allegations.

In a recent case, however, a nurse is being charged with negligent homicide after giving a patient the wrong medication.

Suffice it to say, the nurse gave an 80-year-old dementia care patient the wrong medication. She reported the error to doctors who then listed her cause of death as natural causes. For almost 10 months, no one knew about the mistake. The hospital was required by law to report the error to the state. Initially, the nurse confessed to the error after it was reported by an anonymous tip. The agency reviewing the matter cleared the nurse of wrongdoing, but later reversed its decision and proceeded with charges. The nurse was convicted at trial and could face up to 8 years in prison for criminally negligent homicide.

Nurses across the country are now worried that they can face criminal charges for making medication errors or other mistakes. Doctors too are on notice that the stakes are now quite a lot higher than they ever were before. It is exceedingly rare that a doctor or nurse would be held criminally liable even for gross negligence. Doctors have amputated the wrong limb before without facing criminal charges.

Meanwhile, nurses are rallying in support of the defendant who is awaiting sentencing after conviction. The conviction came in Tennessee.

We’re seeing some states, particularly conservative states, charge individual truckers with crimes due to maintenance failures on their vehicles when they injure or kill another person. Flying tire lawsuits, for example, are often charged as negligent homicide in these states. Ultimately, it’s an effort to protect the businesses from huge personal injury judgments by placing liability on the shoulders of an employee. This mindset may have contributed to the nurse’s recent conviction in this case.

Talk to a Personal Injury Attorney in Tampa

Palmer | Lopez represents the interests of those who have suffered injury or lost a loved one due to medical malpractice or personal injury. Call our Tampa personal injury attorneys today to schedule a free consultation and we can begin discussing your case immediately.