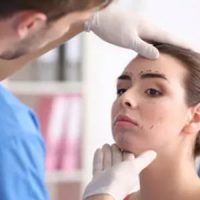 A Manhattan plastic surgeon, whose claim to fame was once giving Snooki (of Jersey Shore) lip injections will face trial amid allegations that he botched a nose job, a New York court recently ruled. The doctor is also accused of attempting to cover up the incident after it occurred.

Problems Get Worse After Surgery

The patient ended up needing subsequent surgeries to correct the original problem that she was seeking a remedy for. This included fixing her deviated septum and removing polyps from her nose.

The patient also reported difficulty attempting to get her medical records from her plastic surgeon. When she was finally able to recover those records, she alleges that the doctor and his staff forged her signature on informed consent forms. The medical records also seem to exclude information on her being sedated and intubated. According to her attorney, the signatures and initials on her consent forms do not look anything like the patient’s signatures. Instead, they appear identical to one of the staff nurses who signed other forms.

In response, the doctor says that the problem was caused by a medical records glitch that mistakenly copied a signature (which looks nothing like hers) from another field and then populated all of the forms with it.

Problems for the Doctor

The doctor can face criminal charges for forgery. Additionally, the plaintiff will have the ability to sue for medical malpractice, breach of contract, and lack of informed consent for a surgical procedure. The doctor attempted to get the case tossed, but the Manhattan Supreme Court judge who herd the motion refused to dismiss the case. The ruling does not mean that the case will be successful, but it will be allowed to proceed to a jury.

Four claims were dismissed by the judge on the basis that they were repetitive. While an attorney for the doctor continues to say that the claims are baseless, the plaintiffs appear to have a winning hand if they can prove that the doctor forged the plaintiff’s signature on informed consent forms. Further strengthening the plaintiff’s case is the fact that she did not receive treatment for the issues she initially presented to the surgeon with.

If you’ve received medical services and later experienced complications due to your treatments, you may be able to file a medical malpractice lawsuit. Call the Tampa medical malpractice attorneys at Palmer | Lopez today to schedule a free case evaluation and learn more about our services.