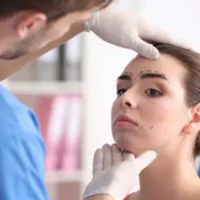 This is a story more about the failures of state medical boards than the malpractice of a single doctor. The doctor in question is facing four complaints all filed with the California medical board. Her first complaint was dismissed. In fact, the board only investigates 10% of allegations or complaints filed with it. Florida, in fact, may have a worse track record than California in this matter. Florida operates on a three-strikes medical malpractice law that doesn’t count cases that were settled out of court. That means that doctors can settle these cases without ever getting a strike on their record. It becomes nearly impossible to discipline a doctor who has committed even obvious negligence over and over.

In this case, the Pasadena plastic surgeon is facing four complaints filed by former patients related to the quality of their post-operative care. According to one patient, she suffered an infection so bad after a breast reconstruction that she had to be hospitalized for 9 days. The details surrounding the infection are gruesome. The patient believes that the infection was allowed to spread because the doctor used the same antibiotic throughout the entire course of treatment. Further, the doctor is accused of failing to obtain a culture from the post-surgical wound to determine the extent of the infection or whether or not the antibiotics were reducing the infection.

The patient, who works as a registered nurse, says she can no longer perform her job due to pain related to the post-surgical infection.

The plaintiff exercised diligence when selecting a surgeon. According to her research, there were no black marks on the doctor’s record. This is not uncommon, even for doctors who are now facing disciplinary complaints. Unless the matter reaches the media and they decide the story is worthwhile enough to spend ink on, then you are unlikely to find that doctor’s name associated with medical malpractice lawsuits or other issues. While some states are better than others at recording this data, all states and the federal government can do a better job of ensuring that data is accessible to patients.

In this case, the patient was unable to find any information that would lead her to believe that this doctor was underqualified. However, there was one complaint against the doctor that had been filed and dismissed. Even the medical board thinks that the threshold for initiating an action against a doctor is too high. They simply say their hands are tied. This leads to situations where the same doctor is causing the same injuries to different patients over and over, and each patient thinks this doctor has a perfect track record, so far as they can tell.

Obviously, the situation is harming patients and patients aren’t being warned of prior complaints filed against doctors. So, patients end up rolling the dice with their lives.

If you have been injured due to the negligent care given by a plastic surgeon in Florida, call the Tampa medical malpractice attorneys at Palmer | Lopez today to schedule a free consultation and discuss the matter with a trained litigator.