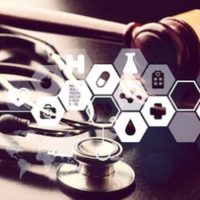 A patient was awarded $1.3 million after her doctors failed to diagnose a dissected carotid artery leading to a stroke. The woman went to the hospital after experiencing stroke-like symptoms. By the time she arrived at the hospital, most of her symptoms had disappeared, but she still had lingering numbness and a headache. The ER team ordered a CT scan but the scan turned out to be negative. Instead of following up with an MRI to rule out carotid dissection, the patient was released. Seven hours later, she suffered a stroke after a clot from the carotid dissection went to her brain.

According to the plaintiff, there was a brief window for the hospital to diagnose a carotid dissection and repair the damage before she had the stroke. The hospital failed to run sufficient tests. The plaintiff was able to convince the jury that this deviated from the prevailing standard of care which would have been to rule out the carotid dissection before discharging the patient.

The matter went before a jury, which means that the patient and the doctor could not reach an agreement to settle the case. The doctor and hospital maintained that their standard of care was within the norms for the medical field. They also claimed that the woman suffered no permanent damage as a result of the stroke, a fact that the plaintiff contended.

The plaintiff has suffered permanent injuries including a complication known as “foreign accent syndrome” which is caused by vocal changes that occur in an individual’s inflection following a stroke. The plaintiff contends that she now sounds like a robot with no inflection in her voice. She also suffers from facial palsy and has limitations in her left hand.

What’s true is that the woman’s permanent disabilities do not prevent her from doing her job. While the changes may be permanent, there’s no indication that she will require future medical treatment to resolve the issue. In other words, the $1.3 million verdict was all pain and suffering damages and no compensatory damages related to medical expenses or lost wages.

The verdict was high considering the fact that the permanent injuries will not prevent the plaintiff from working. However, mutilation and disfigurement issues are generally handsomely compensated. If the patient now suffers from facial palsy and has difficulty speaking, then it will cost her social capital and make it more difficult for her to interact with others comfortably. Ultimately, this is a type of disfigurement injury. The plaintiff will no longer be able to relate to the world as a “normal” individual would. Her appearance and her affect have changed. Hence why the patient recovered more than $1 million in damages.