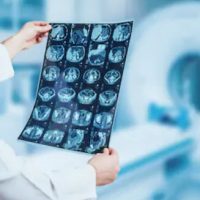 A woman presented to the emergency room with a pain in her hip that was radiating to her lower back. According to the patient, she suffered an injury when she leaned over to pick up packages from her front porch. She fell down and had been experiencing pain ever since. The nurse on duty noted that the woman could not straighten and lift her leg due to pain. Hip fracture was among the diagnoses considered by the staff at the time. The nurse ordered X-rays of the patient’s pelvic area including her femur and knee.

The X-rays indicated that there were no fractures on the plaintiff’s hip area. Meanwhile, the patient had begun responding to pain medication and was feeling better. The patient was discharged with orders to follow up with her primary doctor and prescribed pain medication to handle the pain.

Two hours later, the woman was back in the hospital. This time, she went to a different hospital complaining of the exact same symptoms. The hospital performed a CT exam revealing the hip fracture. She has since filed a medical malpractice lawsuit against the first hospital. However, a medical malpractice review panel has indicated that the doctors from the first hospital did not breach their standard of care.

The case was dismissed by the trial court and then taken up on appeal. The plaintiff had an expert witness state that the normal standard of care was breached in this instance. Essentially, when you have an older patient present with hip pain, an X-ray cannot provide sufficient medical evidence to rule out a hip fracture. The standard of care in such a situation would require the hospital to order a CT scan to confirm.

The problem for the plaintiff was not that the standard of care was breached, it was that she could not point to what, if any, injuries she experienced as a result of that breach. So while her complaint against the hospital was valid, she failed to show damages occurring because of the breach. This essentially torpedoed her claim.

If a doctor misdiagnoses a hip fracture and you sustain further injury, the doctor is liable for that injury. If a doctor misdiagnosed a hip fracture and you can’t establish that you were injured further as a result of the delayed diagnosis, the legal damages would be nearly nonexistent. The costs involved with litigating a medical malpractice claim tend to be prohibitive for smaller award settlements. Because the Plaintiff did not allege any actual injury related to the missed diagnosis, the case was dismissed.

If you’ve sustained injury due to medical malpractice, call the Tampa personal injury lawyers at Palmer | Lopez today to schedule a free consultation and learn more about how we can help.