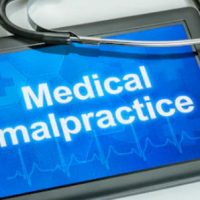 A Kansas City woman says she’s lucky to be alive after she was discharged from an ER with 100% blockage in the left anterior descending artery. Blockage of this artery is known colloquially as “the widowmaker”. The patient said she was sent home without so much as an electrocardiogram. She has filed a medical malpractice lawsuit against the hospital that discharged her.

In this article, we’ll take a look at her case.

Because of the nature of emergency rooms, where doctors are required to make split-second decisions, winning a lawsuit against an ER doctor can be more difficult than other medical malpractice cases. In this case, however, the error in judgment appears (at least on the surface) to have been so egregious that the case may be allowed to move forward.

According to the plaintiff, she went into the ER complaining of abdominal pain which made it difficult to breathe. A triage nurse labeled her case as “urgent”. Her husband believed that the issue was related to her heart. However, the physicians who took her blood pressure and pulse determined that wasn’t the case. They sent her home with a diagnosis of bad gas.

Over the next day, her condition did not improve. She went back to the hospital two days later. This time, the physicians did do an electrocardiogram which did indicate there could be some restriction in blood supply. While the patient’s chart didn’t seem to indicate anything obvious, the physicians performed a cardiac catheterization which showed complete occlusion (blockage) of the artery.

Why This May be a Women’s Issue

Statistically, heart disease is the number one cause of death in older women. Sometimes, women present with “atypical” symptoms such as abdominal pain or epigastric pain. The lawsuit states that, even though the woman’s complaints were abdominal in nature, the physicians should have done more to check her heart.

The heart attack was so severe that it will require the patient to undergo a heart transplant.

To file a medical malpractice claim, you must prove that the doctor who treated you failed to render the prevailing standard of care for their specialty. Emergency rooms, essentially, have a lower standard of care than a general practitioner or specialist would have. Emergency room doctors are required to make split-second decisions that mean life or death for their patients.

To prove ER medical malpractice, a plaintiff would need to provide expert testimony regarding the treatment the plaintiff received. This can be more difficult, but not impossible.

If you’ve been injured by a medical doctor, you may be able to file a lawsuit to pay for future medical expenses, lost wages, and reduced quality of life. Call the Tampa medical malpractice lawyers at Palmer | Lopez today to schedule a free consultation.