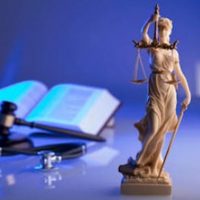 A patient was referred to a cardiologist after experiencing a medical event that put her in the emergency room. Neither the emergency room staff nor a consulting neurologist was able to determine what was wrong with her. The patient ended up being referred to a cardiologist who performed a “bubble test”. The test involved injecting air bubbles into her veins and figuring out where they ended up. According to the doctor, the woman had a PFO or a “patent foramen ovale,” a tiny hole between the two upper chambers of the heart. The doctor told his patient that individuals with PFOs are at a higher risk of stroke, and she likely had a ministroke the day she went to the emergency room. He said it was likely that the PFO caused several other ministrokes and that these strokes would get worse if the situation were allowed to proceed. The doctor told the patient that while the condition was serious, it was also treatable. The doctor would repair the PFO, and the patient’s symptoms should go away.

Before the surgery, the patient was terrified to make any sudden movements or place herself in vulnerable positions. Once the surgery was over, the doctor told the woman that the hole in her heart was the largest he’d ever seen, but assured her that her symptoms should vanish.

Within the first six months of the surgery, the patient began showing new symptoms. She felt as though she had a bad flu for an extended period of time and experienced bouts of nausea and other digestive issues. Her vision would occasionally become blurry. She had night sweats and rashes. The symptoms were not consistent with a person who had just undergone a PFO repair procedure. After six years of constant struggle, the patient and her husband were watching TV when a law firm advertisement reached out to anyone who had a PFO closure procedure in their home state. The law firm was suing their doctor for performing unnecessary PFO closures on patients.

It was later discovered that the doctor performed PFO procedures at several times the rate of other cardiac specialists. While considered one of the top cardiologists in his field, performing these procedures at 20 times the national average led some to raise eyebrows, and that’s when doctors began questioning the cardiologist’s practice.

As it turned out, PFO closures are considered a last resort, only recommended for patients who have had multiple strokes. For a patient to qualify under the prevailing guidelines at the time for a PFO closure, the medical standard required some evidence of a cryptogenic stroke. In this particular case, there was none. When the neurologist took an MRI, there was no evidence of stroke activity and her doctor never checked. Eventually, it was determined that her episode was likely a migraine, which can mimic stroke symptoms, but does not leave telltale traces of a stroke behind.

If you believe your doctor made an error recommending a surgical intervention based on a botched diagnosis, you can sue them for damages. Call the Tampa medical malpractice attorneys at Palmer | Lopez today to schedule a free consultation and learn more about how we can help.