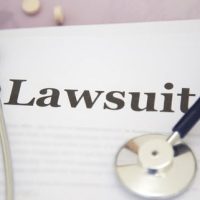 A plastic surgeon recently surrendered his medical license after an incident with a patient led to a lawsuit. According to the report, the doctor told a patient she could pay her outstanding medical bill by buying him a drink. The patient then says that the doctor gave her pills and other substances that rendered her unconscious and proceeded to have non-consensual sex with her while she was unable to respond.

The doctor was scheduled to appear before the medical board to answer allegations of unethical conduct. The board would have had the authority to suspend or revoke his medical license. However, the doctor avoided the hearing by voluntarily surrendering his medical license. No criminal charges have yet been filed but the victim has filed a civil complaint against the doctor seeking money damages. She alleges sexual assault and medical malpractice.

The woman brought $400 with her to the doctor’s medical spa but was told that it was not enough money. The doctor told her that she could satisfy her debt by buying him a drink. The woman hesitantly agreed. Then, the doctor began buying her drinks. After a couple of drinks, she said that she felt extremely intoxicated, far more than she would normally feel after one or two drinks. She then said the doctor gave her amphetamines, but by then she was already blacked out. After the doctor brought her home, her lawyer says the woman underwent “extreme sexual assault at the hands of a trusted health care professional.”

During the incident, the woman texted a friend several times saying that she was concerned about her situation and did not feel safe. The friend contacted authorities who then went to the doctor’s home for a welfare check. The doctor refused to open his door, but authorities went around the back and found a naked woman on the floor. The woman got up, went to the sink, and got some water. When asked, she said she only remembered bits and pieces of what had happened. When the police asked if she consented to the sex with the doctor, she told them that she didn’t think so and that she didn’t remember doing so.

The matter is still under investigation, but the civil lawsuit is moving faster than any criminal charges against the doctor. The doctor will likely claim that the woman was exchanging sex for botox treatment. However, there is no doubt that she was given enough medication to render her unable to consent. It is still unclear if the doctor placed anything into the woman’s drink to make her more pliable. It is unclear that there is enough evidence to prove the case beyond a reasonable doubt. However, civil courts use a lower standard and the victim may be able to hold the doctor accountable there.

The Tampa personal injury attorneys at Palmer | Lopez handles personal injury claims filed by injured plaintiffs against negligent defendants. Call today to schedule a free consultation and learn more about how we can help.