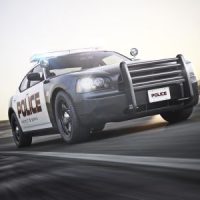 A high-speed chase involving police and a suspect resulted in a crash. Now, the family involved in that crash has filed a lawsuit against Clearwater police for causing the accident. This lawsuit brings up a lot of key legal issues including sovereign immunity, qualified immunity, and other forms of government immunity from injury lawsuits. Below, we’ll take a look at Florida law and gauge the prospects of this personal injury lawsuit against Clearwater police.

The family claims that the police were chasing another vehicle at high speed when the accident occurred. The city, however, denies there was any high-speed pursuit at the time of the crash. Two of the plaintiffs named in the lawsuit did not report injuries.

73-year-old John Boshoff was driving west with his son and his daughter-in-law. Meanwhile, police cruisers were heading north chasing a speeding Chevy Impala. The driver of the Impala blew through a stop sign and struck the plaintiffs’ vehicle, a palm tree, and finally a mailbox before coming to a stop. The Impala’s driver then fled the scene on foot. The owner of the Impala, who was not operating the vehicle at the time of the crash, is also named as a defendant in the lawsuit. A report says that the daughter-in-law was taken to a local hospital for precautionary reasons, but the two men did not receive treatment after the accident.

The city contests the claim that there was a high-speed silent pursuit. They did, however, say that the suspect was under surveillance and they followed him. Essentially, police authorize pursuits only when there is a violent felony or the danger of the pursuit is less than the danger of allowing the driver to remain on the road.

Unlike excessive force claims, pursuit of a suspect is considered a duty that must be performed by a police officer. However, because the department has specific standards, a lawyer can try to hold the city accountable when they violate those standards. Cases like these are most often settled when the plaintiff can prove that the city employee was doing some action that is considered outside the realm of their typical duties. While chasing a suspect is not beyond the scope of police activities, violating an internal department policy might be.

If you’ve been injured by a city employee, the Tampa personal injury attorneys at Palmer | Lopez can help hold them and the city accountable. Call today to discuss your situation and we can begin preparing your case immediately.