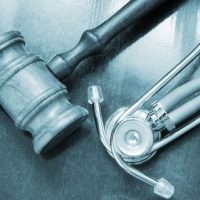 In a heavyweight battle that pitted two of America’s top plastic surgeons against one another, Dr. Adam Rubinstein exposed the Kardashian’s plastic surgeon on his Instagram page. Rubinstein claimed that Dr. Simon Ourian was placed on probation in 2009 after several of his patients complained of injuries during laser surgery.

On his personal blog, Rubinstein runs a segment called “Exposed” which seeks out plastic surgeons with poor records or shady pasts. Rubinstein’s attack on Ourian was scathing enough to warrant payback. Ourian responded by having cohorts troll Rubinstein’s Instagram page and leave negative reviews on Google.

Now, Rubinstein has filed a lawsuit against Ourian claiming that a Russian troll farm is responsible for the negative reviews. He is claiming defamation as the basis of the action.

Ourian has filed a motion to dismiss the lawsuit on the basis of forum. Since Ourian does not do business in Florida, he is claiming that the court does not have jurisdiction to hear his case. The court will need to decide on whether or not the forum is appropriate. Thus far, Ourian has not addressed any of the allegations leveled against him. He has simply moved for a dismissal based on jurisdiction.

Ourian has performed procedures for the Kardashians, Lady Gaga, Salma Hayak and more. His specialty is cosmetic dermatology or what is known as dermabrasion. This technique is used for removing scars and wrinkles and often employs the use of lasers. His personal Instagram account has over 3.5 million followers.

However, Rubinstein is correct about Ourian’s past. Ourian was sanctioned in 2009 for medical negligence and allowing an unlicensed doctor to perform surgery in his presence. In that same year, Ourian was accused by at least five patients of gross negligence, incompetence, and dishonest acts.

All of the lawsuits are related to a dermabrasion laser trademarked by Ourian called Coolaser. According to a review of Ourian’s cases, he took very sparse notes and failed to record what procedures he used and what strength the laser was at. When asked by an investigator why he didn’t take notes, Ourian replied that these notes could be used against him.

Several patients reported burns or other blemishes resulting from the laser. Ourian dismissed their concerns but was forced to settle several lawsuits against him and then was placed on probation.

In another case, Ourian failed to obtain consent to remove lesions from a patient’s face, but after he did, he neglected to send the biopsy to have it tested. The woman claimed he left her with severe burns. The board ruled that Ourian did not have consent to use a scalpel and using a laser on the types of blemishes the woman had was contrary to standard practice.

If you’ve been injured by a medical doctor, call the Tampa medical malpractice attorneys at Palmer | Lopez today to schedule a free consultation and learn more about how we can help.