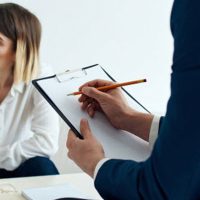 Psychiatrists are among the least sued group of doctors in the country. When they are sued, it’s largely related to medication mismanagement or professional misconduct. In a recent case, a psychiatrist is being sued by numerous former patients after they claim he crossed personal boundaries including misconduct of a sexual nature.

A former patient is now among those who have joined lawsuits against the former doctor. The patient says that after his medical license was suspended, the psychiatrist asked her to become a pastor in a church he wanted to start.

The same doctor was sued by four women who claimed the psychiatrist had committed sexual misconduct. Those lawsuits were settled out of court and appear to have confidentiality agreements associated with them. It is not clear how much money the plaintiffs recovered.

After his license was suspended, the psychiatrist found other ways to pursue his craft. This included setting up web pages for life coaching and other services that did not require a license, including pastoral services.

Among the allegations against this psychiatrist, he is accused of steering conversations to a sexual topic and requesting that patients perform sexual acts for his own gratification. He also prescribed large quantities of addictive drugs such as oxycodone, benzodiazepines, and various synthetic opioids. He encouraged patients to call him at all hours. He is alleged to have manipulated female patients into forming a dependency on him.

The doctor was a well-known figure on Fox News and a well-known author. Fox News ended their relationship with him in 2017 when the allegations were first made public.

It may be impossible to determine the extent of the damage caused by a psychiatrist whose major motivation appears to be to foster a pimp-like dependency on himself by his patients. Nonetheless, this constitutes a form of intentional abuse. Since psychiatry is not like other medical professions, it may still fall within the purview of medical malpractice because the physician exploited a patient-doctor relationship to conduct the abuse.

His actions, of course, are not considered to be within the prevailing standard of care for the industry and hence, would be medical malpractice. Nonetheless, the element of intentional misconduct may complicate the lawsuits. Further, it can be difficult to establish a settlement figure for psychiatric injuries. Often, absent accompanying physical injuries, it can be difficult to receive compensation for psychiatric injuries. However, we’re in unique territory with a psychiatrist intentionally cultivating poor coping strategies to drive their patients further into depression and thus develop dependency on his sessions.

If this goes to trial, it will be interesting to see how it plays out.