Report Says Medical Malpractice is the Third Leading Cause of Death 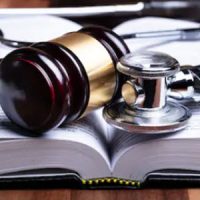 This report was picked up by major news outlets like CNBC who attributed the numbers to a Johns Hopkins study. As you might expect, medical professionals believe that the numbers are too high while other studies indicate that the numbers could be much higher. Meanwhile, the CDC seldom has access to that information when they are researching causes of death. For instance, it would not be apparent to the CDC, who keeps statistics such as these, if a patient died during surgery because of medical negligence or some other factor. While some believe that all patient deaths during a surgery should be counted statistically, medical malpractice is a legal term that requires the proof of medical negligence. In other words, not all adverse medical events rise to the standard of medical malpractice.

In their study, Johns Hopkins revealed that for determining whether an adverse medical event was attributable to medical malpractice depended on the presence of one of the below-mentioned factors. These include:

Legally, a doctor can be held liable for medical negligence when they fail to deliver care that is equal or greater than the prevailing standard of care for their specialty. In Florida, a medical expert must be willing to testify that the defendant-doctor delivered a below-par standard of care that resulted in patient injury or death.

Doctors Claim the Foundation of This Claim is “Shaky”

Some doctors are claiming that the numbers the study reports are vastly inflated. If accurate, the statistics would indicate that medical negligence is responsible for 9% of all deaths in the U.S. (based on 250,000 deaths per year). The numbers, they report, are based entirely on statistics gleaned from hospitals. Since only about 715,000 die per year in hospitals, 35% of those deaths are attributable to medical malpractice. These numbers are highly implausible, according to some doctors.

If you’ve been injured by medical negligence or lost a loved one due to medical malpractice, the Tampa medical malpractice attorneys at Palmer | Lopez will help you recover damages related to your injuries or grief. Call us today to set up a free consultation.