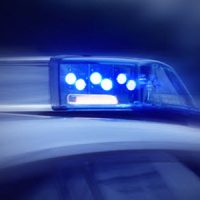 A Hillsborough County Sheriff’s Deputy was suspended for five days after his unmarked vehicle struck a child, killing him. According to the accident report, the cruiser was speeding at the time of the incident, swerved to avoid another pedestrian, and struck the child. The family sued the HCSO and secured a settlement. However, prosecutors declined to charge the deputy with a crime and the terms of the settlement have not been disclosed. While the lawsuit resulted in real changes to the intersection in which the boy was killed, including more lighting and an additional crosswalk, the family believes that the officer should have been charged with a crime or at the very least, stripped of his badge. They remain unhappy that the matter did not result in serious consequences for the officer.

Why was the deputy not charged?

Criminal negligence is very different from civil negligence. The only similarity is that you did not strictly intend to cause death or injury. The civil tort system allows you to file a lawsuit when someone else’s negligence contributes to your injury. However, criminal negligence requires a higher standard of proof. In terms of driving violations, the court must establish recklessness that goes beyond simple speeding. In other words, the officer had to be doing more than just speeding in order to be charged with reckless driving. In this case, the officer was going 66 mph in a 45 mph zone. Is that enough? Maybe, but in this case, the prosecutor declined to press charges and the matter was handled internally by the sheriff’s office.

Did the deputy get preferential treatment?

Deputies tend to get more consideration in these cases than members of the general public would. The deputy was on the job when the accident occurred as an undercover police officer. So, the deputy may have a better reason for speeding than your average member of the general public. The major issue here was that the deputy traveled through an area with known pedestrian traffic and failed to account for the traffic as he entered. Unfortunately, someone had to pay the ultimate price for that choice and now, a family has been left distraught.

The question is: Would a jury have convicted him of reckless driving? If they did, the deputy could have been charged with vehicular manslaughter. Reckless driving plus a death would generally result in vehicular manslaughter charges against a member of the general public, even if they weren’t drunk. The deputy would have faced a 4-year minimum sentence in state prison and definitely would have never worked as a police officer again.

Palmer | Lopez represents the interests of those injured in traffic accidents. Call our Tampa personal injury lawyers today to schedule a free consultation and learn more about how we can help.