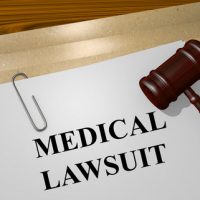 Misdiagnosis is a common form of medical malpractice. In order to prove a misdiagnosis case, you need to be able to show that a reasonable doctor operating with the same information would have rationally concluded that the patient had a condition and they missed it. The wife of an Army soldier hopes to make precisely that case. She is suing the military for missing his stomach cancer. She will argue that had the doctors diagnosed the cancer earlier, they would have been able to save her husband.

The patient had joined the military in 2008, two years after marrying his wife, at the age of 34. He enlisted as an information technology specialist. At the age of 41, the plaintiff alleges that her husband developed stomach cancer and despite having seen doctors about issues related to abdominal discomfort, the doctors failed to diagnose his condition. Four years later, he was dead.

In 2018, the cancer had progressed to stage 4. Doctors were powerless to do anything about the condition. He died the same year.

In a case like this, the question always is, “How did the doctors miss the signs of stomach cancer even though the patient had scheduled multiple visits for abdominal pain?” In this case, it appears they never considered the correct diagnosis. The question of ‘why’ must still be answered.

One potential problem in litigating a case like this is the Feres Doctrine. The Feres Doctrine prevents active duty service members from suing the federal government under the Federal Tort Claims Act. However, the Feres Doctrine is meant to apply to cases in which a member of the military is performing his or her duties to their country. It is less apparent that the Feres Doctrine would apply to a case of medical malpractice that arose from a substandard duty of care rendered by negligent doctors.

Determining whether the Feres Doctrine applies here will require that the plaintiffs establish that the stomach cancer was not, in fact, caused by the plaintiff’s work as a member of the military. While on the surface this seems easy to prove, it’s also unclear how the Feres Doctrine will be interpreted in a case like this and if it bars recovery from individual doctors who are employed (even as contractors) in the military. In other words, this case presents a legal knot entangling a number of different pieces of legislation.

If you’ve lost someone you love to medical negligence or been injured yourself, the Tampa medical malpractice attorneys at Palmer | Lopez can handle your case and get you the compensation you deserve. Give us a call to set up a free consultation today.