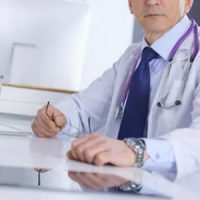 The State of Iowa recently agreed to settle three medical malpractice cases against the University of Iowa Hospitals and Clinics for a total of $3.7 million, with $2 million of which coming from one wrongful death lawsuit (Case #1 below).

According to the lawsuit, a woman was admitted to UIHC (University of Iowa Hospitals and Clinics) in November of 2017. Hospital staff examined the patient’s esophagus and then placed a feeding tube in it. Feeding tubes are supposed to be placed inside the patient’s stomach, but this feeding tube only went as far as her esophagus. The hospital staff never confirmed the placement of the tube by running X-rays. If they had, they probably would have noticed that the tube was misplaced. The improper placement of the feeding tube resulted in aspiration pneumonia in the patient’s lungs and, ultimately, caused her death.

The second lawsuit is technically a medical battery lawsuit. According to the plaintiff, the hospital never obtained informed consent to perform a spinal fusion. The spinal fusion was nevertheless performed and was, furthermore, performed incorrectly. This resulted in severe neurological issues that caused paralysis from the waist down. Because the hospital never obtained informed consent, there is a viable claim for medical battery in addition to the standard medical negligence claim.

In 2018, an otherwise healthy 74-year-old woman was diagnosed with a brain tumor. Despite not experiencing any neurological symptoms, the doctor ordered that the tumor be removed. In most cases like hers, doctors would not perform a dangerous surgery unless the tumor was severely reducing her quality of life or endangering her life. However, the hospital claimed that woman was given the option of going with a “wait and see” strategy, but she elected to have the surgery.

The second element of this case is the doctor’s approach to treating the patient for an infection which existed prior to the surgery. The doctor failed to treat a known staph infection which allowed the pathogen to become worse post-operatively thereby requiring the woman to undergo additional surgeries. The plaintiff suffered a stroke and passed away during one of these procedures.

In each of the above cases, there was an element of negligence. In one case, the hospital failed to insert the tube properly. In the second case, a man received treatment he did not consent to. In the last case, the standard course of treatment would have been to wait and see, but the doctor moved forward with a surgery the victim did not need and then failed to treat an infection that became the first chain in a sequence of events that cost her life.

If you’ve been injured by a negligent doctor or hospital staff, call the Tampa medical malpractice attorneys at Palmer | Lopez today to schedule a free consultation and discuss your situation in more detail.