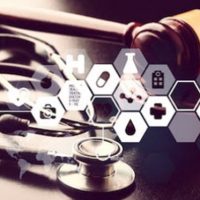 A Navy veteran sued William Jennings Bryan Dorn Veteran’s MedicalCenter for failing to diagnose and promptly treat him after complaining of severe abdominal pains. Medical workers switched a urine sample that the veteran had provided with that of a cocaine addict according to the lawsuit. Doctors told him to stop taking cocaine and released him. The veteran protested that he was not doing any cocaine, but the hospital informed him that his urine test said otherwise.

The lawsuit states that doctors failed to diagnose his actual problem, which was gallstones, a diseased gallbladder, and issues related to his pancreas. In a statement released by the VA, they said that there was no evidence that the patient’s urine sample had been treated improperly. They said they settled the lawsuit to avoid further litigation. The plaintiff stated that he was not expecting any money, but hoped that the VA would own up to their mistake to avoid future problems such as this.

After the plaintiff was sent home from the VA, he continued to experience pains in his abdomen. He had a friend drive him to Lexington Medical Center where he was diagnosed promptly and scheduled for surgery to remove the gallstones.

However, the VA maintains that the plaintiff’s urine sample was handled properly. This is despite the fact that, although the plaintiff had been tested several times, he never once in all those years tested positive for cocaine. Additionally, the Lexington Medical Center found no evidence that there was cocaine in the patient’s system.

Even if the plaintiff had been a cocaine addict, chances are that wouldn’t explain why he was in the hospital for treatment concerning abdominal pain. In no way does cocaine use explain severe abdominal pain symptoms. Any tests run should have also indicated the presence of gallstones as it makes a great deal more sense in terms of abdominal distress than cocaine use.

In this case, the hospital was doubly liable for medical negligence. Blood tests for gallstones reveal only secondary conditions such as pancreatitis, jaundice, infections or other complications. They don’t reveal gallstones themselves. In fact, there is no urine test for detecting gallstones. There is a urine test for kidney stones that checks for certain chemicals that may result in the formation of kidney stones and the doctor may be looking for blood in your urine.

If you’ve experienced injury due to medical negligence, the Tampa medical malpractice attorneys at Palmer | Lopez can help you recover damages. Give us a call or talk to us online to set up a free consultation today.