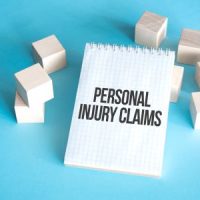 If someone shoots you with a weapon unlawfully, you will likely not have a viable case against the gun manufacturer. If, however, the gun goes off unintentionally or backfires, then the manufacturer may have liability. The latter allegation is the subject of a personal injury lawsuit filed by a Tampa police officer against the renowned gun company Sig Sauer.

The officer said he was pulling overtime working a high school baseball game. He was close to students and parents when his hand brushed against his holster causing the gun to fire. The 9mm hollow point shattered his leg and ankle leading to permanent physical disability.

The weapon at the center of the lawsuit is the Sig Sauer P320. According to the officer, the weapon has a design defect that makes it unreasonably dangerous and allows it to fire without the trigger being pulled. The lawsuit alleges that the P320 can fire accidentally when it is nudged, brushed, or tapped. There are now nearly two dozen plaintiffs alleging that Sig Sauer’s weapon can fire without pulling the trigger.

This is a basic product liability lawsuit. A plaintiff claims that either a design defect or a manufacturing defect resulted in an unforeseeable danger to potential customers and this danger resulted in injury. In this case, the plaintiff is claiming that Sig Sauer designed a defective weapon with a hair-trigger that poses a threat to those who wield the weapon as well as others in their immediate vicinity. In this case, had the bullet not gone into the officer’s leg, it could have hit players, parents, or onlookers in the stands.

Since there are multiple plaintiffs, we can safely assume that there is some form of design defect in the gun itself, or a manufacturing defect that led to some of the models being prone to firing on their own. Either way, Sig Sauer is responsible for the plaintiff’s injuries unless they claim he fired his own weapon into his leg while patrolling a high school sporting event, or otherwise used the gun in an improper way.

In a case like this, the defense counsel may ask whether the safety was engaged or other questions that would imply that the plaintiff was at least partially responsible for the misfire. But even if the safety was off, the gun should not have fired because of a mere brush of the hand.

If you’ve been injured by a defective product, you may be able to file a lawsuit to pursue compensation for your medical expenses, lost wages, and reduced quality of life. Call the Tampa personal injury attorneys at Palmer | Lopez today to learn more!