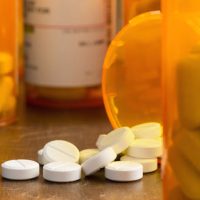 Tennessee has handed the opioid manufacturing industry a major blow. Under Tennessee law, drug dealers can be held liable for injuries that they cause their customers and their customers’ children. The Drug Dealer Liability Act allows the victims of addiction to file civil lawsuits against drug traffickers. More controversially, the Tennessee Supreme Court ruled that opioid companies can also be held liable under the law.

While Florida law is different from Tennessee law, there are some significant similarities. In Florida, we have the Hugh O’Connor Memorial Act. Florida’s version of the law permits lawsuits against individuals who dispense illegal drugs. The text of the law does not require the adjudication of guilt, only a finding of guilt. It does, however, require that some law be violated which makes its usefulness for holding the pharmaceutical lobby accountable for our current opioid crisis much more difficult.

For the purposes of a tort lawsuit against a drug dealer, the victim or the victim’s family must prove that the victim did not participate in the sale or distribution of the drugs. Further, they must show that their injuries are a direct result of their drug abuse. However, gross negligence and punitive damages are the standard in these cases. A victim may be compensated up to three times their actual damages simply by proving their case. They do not, however, have to provide the court or jury with a guilty verdict from a criminal trial. It helps but is not necessary. That being said, the plaintiff must allege that some crime has been committed.

Right now, there are several pharmaceutical CEOs who have either pleaded guilty, were found guilty, or have charges pending against them. These pharmaceutical executives (without naming anyone specifically) are accused of various crimes. These crimes include sending millions of doses of oxycontin to small rural communities where they ended up in pill farms and distributed on American streets. There are also allegations of kickbacks to doctors who ordered these prescriptions for patients at alarming rates.

While it’s currently unclear whether or not a Floridian could file a Hugh O’Connor Memorial Act cause of action against a pharmaceutical company, the terrain is ripe for an attempt.

Problematically, the Act states that one of two laws must be violated. These laws prohibited the manufacture, sale, and distribution of illegal substances. There is no evidence that the intent of the law was meant to punish pharmaceutical companies for using extra-legal efforts to market their product. There is no evidence that this law can be used to hold a pharmaceutical company liable for their illegal activities. Nonetheless, with the success in Tennessee, Florida could become the next battleground for holding companies liable under anti-drug-dealer legislation.

If you’ve been injured by the negligence of another person or company, you are entitled to recover damages related to your medical expenses, lost wages, and reduced quality of life. Call the Tampa personal injury lawyers at Palmer | Lopez today to schedule a free consultation and learn more about how we can help.