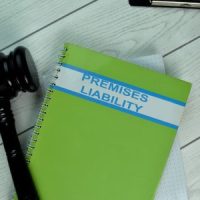 Georgia tends to be very defendant-friendly when it comes to personal injury lawsuits, so these judgments could change the way we approach negligent security and premises liability lawsuits across the country. Both insurers and proprietors are now on notice that having adequate security on-premises is a requirement for high-crime neighborhoods.

In a premises liability lawsuit, you must prove negligence. Negligence is proven on the basis of foreknowledge. Did the company have a reason to believe that patrons and employees were being harmed on their property? In this case, the answer is ‘yes’. They had numerous reports of robberies and attacks in the parking lot where the shooting occurred. In response, CVS corporate did not hire a security guard, install better lighting, or video cameras. They did nothing. Further, CVS had removed security guards from the location causing an uptick in the number of violent crimes on their property.

Obviously, this isn’t your typical premises liability lawsuit. The negligence contributed by CVS was extreme and this resulted in a massive judgment against them. Essentially, the jury ruled that CVS placed profits above the safety of its guests and employees. For that reason, they were hit with a “nuclear” judgment.

The victim was on his way home to Alabama when he stopped at a CVS in Georgia to conduct the sale of an iPad which he had coordinated through Facebook. When he got back into his vehicle, someone else jumped in too. The man pulled a gun and demanded money. The victim handed over the money, but then pulled his own gun. The gun was jammed. The assailant shot the victim in the chest and he remained in a coma for over a month. The man now has speech problems, chronic pain, and nerve damage.

In this case, the victim was assigned 5% of the blame for arranging a business transaction at CVS, which, although trading commodities with people met online is not necessarily negligent, choosing a dangerous location to meet-up creates a certain risk of harm.  CVS was assigned the remaining 95% of the blame.

CVS appealed, but the appellate court ruled in favor of the plaintiff stating that the jury had ample facts on which to base their decision. This is a warning shot for proprietors operating in areas with a lot of crime. You are responsible for protecting guests and employees from foreseeable danger. Hopefully, insurers will now begin pressuring their insureds to beef up security.

The Tampa personal injury lawyers at Palmer | Lopez file premises liability claims against negligent proprietors. These include slip and fall lawsuits but also include negligent security lawsuits. Call today to schedule a free consultation and learn more about how we can help.