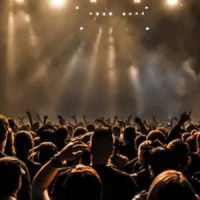 Ten people were killed and hundreds were injured during a crowd rush at popular hip hop artist, Travis Scott’s concert in Houston, Texas last month. To date, over 200 wrongful death and personal injury lawsuits have been filed against Travis Scott and the various organizers of the event. While Travis Scott has been named in the lawsuit for “inciting” the crowd, a brief review of Live Nation’s concerts (the promoter who organized the event) shows a history of negligence and injury caused by either negligent security or defective conditions on-premises. In this article, we’ll discuss how these lawsuits could play out.

Are the allegations against Travis Scott strong?

Holding an artist responsible for artistic or performative utterances that cause injury is quite difficult. While attorneys for the injured have said that Scott’s rowdy persona encourages concert-goers to become violent, it is not Scott’s concerts, but Live Nation’s concerts that have a history of deadly violence.

There have been similar lawsuits in the past filed against the Rolling Stones for Altamont. In that case, the plaintiffs were able to prove that Mick Jagger had a hand in the organizing of the event after another venue pulled out. Still, the plaintiffs only managed a $25,000 recovery from the Stones.

Heavy metal band, Slayer, has been sued in the past when their overtly violent lyrics allegedly inspired teens to commit atrocious satanic sacrifices of their classmates. Those lawsuits were dismissed as the plaintiffs failed to state a viable cause of action.

Lastly, Judas Priest was sued after a boy attempted to kill himself while getting stoned and listening to their lyrics. The band was able to prove that the boy misheard the lyrics and that his suicide attempt was more the result of mental illness than their music.

Separately, Alex Jones, the popular conspiracy theorist has recently been held liable for performative utterances that caused injury. It’s possible that a similar cause of action could be filed against Scott.

Live Nation, the concert promoter and organizer, has a long and sordid history of deaths occurring at their concerts. This includes the infamous Las Vegas mass shooting during an outdoor country concert that killed 58 people. In addition, Live Nation organized an event in Paris during which a terrorist attack occurred, another in Britain, and numerous stampeding incidents. On top of that, the company is facing numerous actions from OSHA for defective and dangerous workplace conditions.

In the Travis Scott case, as it currently stands, the strongest claim is against the concert promoter, Live Nation, whose concerts have resulted in numerous deaths across the world.

The Tampa personal injury lawyers at Palmer | Lopez can help you file suit against an event organizer if they contributed liability to your injury. Call today to schedule a free consultation and discuss the matter in more detail.