Trent Williams and His Fallout with the Washington Redskins 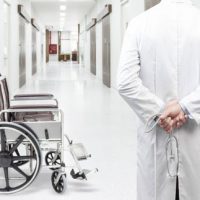 For those who follow sports, one of the interesting storylines that has fallen beneath the radar is Trent Williams and his ongoing dispute with the Washington Redskins. While such a topic may never find it’s way into a lawyer’s blog post, this dispute has legal ramifications. Williams accuses the Washington Redskins’ team doctors of failing to follow up on care related to a diagnosis of a rare form of skin cancer called dermatofibrosarcoma protuberans. When Williams brought this news to the attention of team doctors, he claims that the doctors exhibited an overly passive response and seemed unconcerned.

Williams reported that there was a cancerous growth on his head that needed to be removed. Williams is now in good health but must maintain follow-up visits to ensure that the cancer doesn’t reappear. The primary point of contention is that team doctors did not seem appropriately concerned about his cancer diagnosis.

Williams says that the Redskins’ medical staff downplayed the diagnosis and called the growth a cyst. He also accuses the medical staff of refusing to order tests that would have confirmed that the diagnosis was much worse than a cyst. Williams says that the doctors eventually removed some of the growth and tested it, revealing it to be cancer. They then sent Williams to a specialist.

The Redskins’ doctors have only responded to say that they are committed to player health and safety above all else.

When Employers Pay for Medical Care

The issue of whether or not employers should be involved in the medical care of employees raises a potentially thorny issue of a conflict of interest. Williams is a seven-time pro bowl offensive tackle and the fourth overall pick in the 2010 draft. In other words, he’s a major part of the success of the Redskins’ offense. Williams appears to believe that the Redskins’ doctors were acting in the best interests of the team’s success and not in the best interests of their patient’s health.

With recent discussions concerning the correct way to manage players who have suffered concussions, this accusation is more than a little alarming. Today, several former NFL football players are suing the league over allegations that they did not handle repeated blows to the head safely, often allowing players back onto the field when they were at serious risk. Later in life, repeated blows to the head can cause significant cognitive and emotional problems. The NFL’s concussion protocol rules are a direct response to those allegations.

Nonetheless, the current language of the NFL’s collective bargaining agreement dictates that team doctors have a primary responsibility to their patient’s health and not the team’s interests. Meanwhile, Williams may be able to sue the Redskins for medical malpractice, but he would have to show some tangible damages or injuries that resulted from their failure to provide adequate care.

If you’ve been injured by a negligent doctor, the team of Tampa medical malpractice attorneys at Palmer | Lopez can handle your claim. Talk to us today for a free consultation.