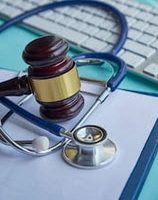 Johns Hopkins All Children’s Hospital has been the subject of a number of news articles amid a scandal that saw patient deaths skyrocket over the three-year period during which Johns Hopkins took control. Initially, All Children’s had a great reputation throughout Florida as one of the premier hospitals for pediatric heart surgery. In an attempt to raise the hospital’s profile, executives sought the direction of Johns Hopkins. A merger took place. The results were disastrous.

During that period, patient deaths for even routine heart surgeries skyrocketed as the hospital’s support staff was replaced by Johns Hopkins’ own people. One of the premier doctors at the hospital left amid the changes, stating that wide-scale disruptions to the department did not make sense. This same doctor, who performed the most complex surgeries, found himself splitting time with two other surgeons who were better known for their academic publications. Patient deaths mounted and reached a peak when that doctor decided to leave the department in 2016.

A family who lost their daughter in 2017 blames her death on the lapse in medical standards at Johns Hopkins All Children’s. According to the plaintiffs, their daughter developed an infection in her heart shortly after having heart surgery at the once-respected hospital. It is believed that the room in which the heart surgery was conducted had not been properly sterilized.

This case was one among many of the deaths that occurred at Johns Hopkins All Children’s during the period between 2015 and 2017, when deaths reached a ten-year high. During that period, potential patients and their families were not made aware of the significant problems that the department was having. Part of the problem was that the hospital was never forced to disclose those figures. Another part of the problem is that when Johns Hopkins moved in, they replaced competent staff with their own people.

While there’s no indication that their people were incompetent, lead surgeons and other staff are expected to communicate effectively. Getting used to an entirely new staff created serious problems for the department.

Hospital Not Penalized for Problems

Although the hospital was cited twice for failing to report adverse medical incidents, the Florida Medical Board took no disciplinary actions against the hospital or its staff. This is despite the fact that there were a startling number of deaths during that period that can be traced to a basic lack of medical standards. This included unsanitary surgical rooms in which patients suffered life-threatening infections to their heart. Many died.

In at least two instances, they left needles in their patient’s chests. During that period, administrators failed to heed the advice and concerns of their own doctors. Eventually, many of those overseeing the department and the hospital’s own CEO were forced to resign. All Children’s, which is still controlled by Johns Hopkins, is left to rebuild its reputation from the ruin created over that period.

The Tampa attorneys at Palmer | Lopez can help injured patients recover damages for their injuries. Give us a call or talk to us online to set up a free consultation today.