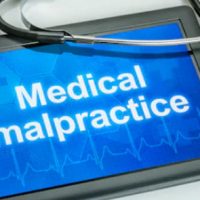 As President Trump’s defense spending bill awaits his signature, a small provision can impact thousands who have been given ineffective medical attention. The bill overturns what is known as the Feres Doctrine which stemmed from Feres v. United States—a decision that prevented active duty U.S. military from suing the federal government. The new law will create a medical malpractice exemption to the doctrine that allows active duty soldiers to sue the federal government if they are treated by a doctor who commits medical malpractice.

The new legislation was inspired by Sgt. 1st Class Richard Stayskal whose misdiagnosed cancer resulted in years being taken off his life. Doctors misdiagnosed Stayskal with pneumonia. Stayskal had early stage lung cancer. Had the doctors treated the cancer earlier, they may have prevented it from becoming terminal.

Stayskal’s activism resulted in more attention being paid to members of the military who have been victims of medical malpractice. While active members of the military must file administrative claims against a doctor for medical malpractice (as opposed to filing a lawsuit which could take years to adjudicate) military men and women can be compensated when their doctor makes a preventable error.

The act will not only open the door for military men and women to get financial relief after they can no longer perform their duties, but it will also change the way the military hires doctors. While military doctors are no worse or better than typical doctors, they tend to perform complex surgeries much less frequently resulting in poorer patient outcomes.

Additionally, surgical readiness has severely lapsed leaving the U.S. military unable to deal with battlefield injuries. A report by U.S. News underlined a lack of skilled trauma surgeons to accommodate troops on the front lines.

The new provision has already gone into effect as of the first of January, 2020. The system will be similar to workers’ compensation, but the award settlements will be based on medical malpractice numbers coming from court cases. For instance, if the loss of a leg in a medical malpractice lawsuit is compensated to the tune of $20 million, a U.S. soldier who lost their leg in battle due to ineffective medical treatment will also be compensated $20 million.

Cases will need to be filed within a three-year statute of limitations and only apply to medical malpractice cases. All other tort claims against the U.S. government by active duty military are still prohibited. Additionally, plaintiffs will bear the same burden that civilian plaintiffs do. They’ll need to prove that their doctor’s conduct rose to the standard of medical malpractice.

If you’ve been injured by a negligent doctor, the Tampa medical malpractice attorneys at Palmer | Lopez can help you recover damages related to your injuries, medical expenses, lost time from work, and more. Call today to set up a free consultation.