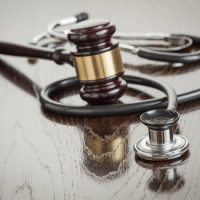 An American missionary who operated a charitable center for severely malnourished children despite having no medical training has recently settled a lawsuit brought in Ugandan civil court after one-hundred five (105) children died while under her care.

The lawsuit was litigated by Primah Kwagala, a Ugandan civil rights attorney. She filed a lawsuit on behalf of the mothers in January of 2019. She said that the settlement was typical for other medical malpractice deaths and the settlement brought her clients some degree of closure.

Kwagal acknowledged that there was no amount of money that could bring the mothers’ children back to them and that the deposition process was very difficult on them. Many of them had to recount their traumatic stories over and over. The missionary did apologize over Skype for the deaths of the children, but she did not apologize for causing their deaths or for passing herself off as a medical doctor when she was not. She did, however, promise that she would never come back to Uganda.

The missionary’s charity will be shutting down. This is likely due to pressure placed on them by both the lawsuits and media attention surrounding this incident. Her lawyer added that the missionary was not involved in any work in Uganda, fearing for her safety.

Due to their increased vulnerability to disease and infection, both international guidelines and Ugandan law require that extremely malnourished children be treated in an advanced medical facility.

It is unclear whether or not the missionary could have been charged with a serious crime under Ugandan law. Despite this missionary’s failure to provide adequate medical care, Uganda does benefit from missionary work in their country, so scaring off other missionaries by incarcerating this one may not be in their best interests.

Nonetheless, the missionary could be held responsible under American law, regardless of what the Ugandans decide. The question is: What can authorities prove?

The missionary says that she did have a doctor at the facility, but that the missionary performed medical procedures at the doctor’s request. This is illegal. An individual who renders medical aid without a license can be held liable under U.S. civil law.

If you’ve been injured by the negligent practice of medicine, a Tampa medical malpractice attorney can help you recover damages. Call Palmer | Lopez today to schedule a free consultation and discuss the matter with a skilled attorney.