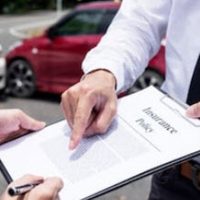 A woman was severely injured when another driver plowed into the back of her vehicle in stalled traffic. The other driver was insured, but their policy limit was far less than the plaintiff’s total damages. The plaintiff filed a claim with her own uninsured/underinsured motorist policy to recover medical expenses and more in excess of her recovery from the at-fault driver’s insurance carrier. However, her own insurance company declined to pay her claim so her attorneys filed a lawsuit against them. The insurer was forced by the court to pay out $16.4 million as a result.

In an insurance claim, the process is completely controlled by legal procedure. Plaintiffs have a certain amount of time to file a claim and then defendants have a certain amount of time to reply. Failure to reply could result in a default judgment. In this case, the insurance company stalled the victim using pretenses that her lawyers were later able to prove were false. Insurance companies have no authority to deny claims that are contractually valid. Sometimes, however, they exploit ambiguities in the law or the contract to string policyholders along indefinitely while they figure out a legitimate way to deny the claim. In this case, the insurance company did not respond in a timely manner to the plaintiff’s claims and was essentially taxed by the court for acting in bad faith.

Insurance companies are not thrilled that the government forces them to offer uninsured/underinsured motorist coverage to every driver. They believe that this type of coverage enables motorists to file fraudulent claims. Let’s say you sideswipe some vehicles on your way home. You caused the accident, but you can claim that another motorist caused the accident and drove off. You could then file a claim with your uninsured motorist carrier when, in fact, you should be paying out of pocket for all the damage caused. Further, the insurance companies assume that there could be wink-and-handshake agreements between two individuals who know each other to avoid penalties on their insurance policy and push the claim through uninsured/underinsured coverage.

Sometimes, you have to file a lawsuit against your own insurance company to force them to pay up. If that describes your situation, call the Tampa personal injury lawyers at Palmer | Lopez today to schedule a free consultation and learn more about how we can help.