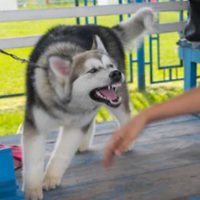 Miami officials are once again enforcing the city’s leash laws after a dog broke free of his owner and attacked a two-year-old boy and his father on February 15, 2021. The boy suffered injuries to his hands and face. The two were enjoying the park after the boy’s brother’s soccer game. The boy was looking for friends when the dog reportedly “lunged at him” seemingly out of the blue.

The father said that the dog was with an owner and a trainer, but neither one of these individuals was controlling the dog’s leash. The dog was able to break free of its control and lunge at the child who sustained serious injuries as a result. The incident has provided enough impetus for the City of Miami to begin, once again, enforcing the city’s leash laws. According to residents, unleashed dogs have been a serious problem in the park for some time. Now, police officers are cracking down on unleashed dogs having already issued five citations related to unleashed dogs.

Consequences for the Dog’s Owner

Florida’s dog bite laws are of the “strict liability” variety. That means that if your dog attacks another person, you are automatically liable for their injuries. On top of that, the dog owner could face charges if their negligence rose to the standard of careless indifference to the rights and safety of others. Further, the dog can lose its life because the owner failed to properly secure them and it ended up causing serious bodily injury to a child. An investigation into the attack will determine whether or not the dog owner can be held criminally liable. The dog owner can already be held civilly liable if the injured parties decide to file a lawsuit. Given that strict liability applies here, it will not be difficult to find a personal injury lawyer to take their case.

In most dog bite cases, an injured party does not need to prove negligence. However, if they baited the dog or otherwise conducted themselves in a manner that was likely to get them attacked, then the dog and owner can avoid liability. In this case, the dog owner would be liable because they violated an open ordinance on leashing their dog in a public park. This is known as “negligence per se”.

Negligence per se is a legal concept under the law that imputes liability onto an individual if their failure to obey an established ordinance results in an injury to another party. This one is pretty simple. Unless you have a license for the dog to be off its leash, you must remain in control of both dog and leash when you take your dog to a public place. Because they failed to do that, a child and his father were injured and had to go to the emergency room to receive treatment.

If you’ve been injured by an unruly dog, call the Tampa personal injury attorneys at Palmer | Lopez today to schedule a free consultation and learn more about how we can help you recover damages related to your medical expenses, lost wages, and reduced quality of life.