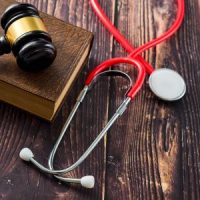 This is going to sound terrible, especially coming from a personal injury plaintiff’s attorney, but the fact of the matter is, the best defense a civil defendant will ever have is to blame the plaintiff for their own injuries. While that defense is comparatively rare in medical malpractice lawsuits, it does rear its ugly head from time to time. In one noteworthy case, the blame-the-plaintiff defense was employed by a urologist against a patient who alleged medical negligence. In this article, we’ll take a look at the case.

A patient went to his primary doctor and was screened for prostate-specific antigens. His results were elevated. The primary referred the patient to a urologist who took the patient’s history and performed a physical exam. The urologist diagnosed the patient with a moderately enlarged prostate called benign prostate hyperplasia. The patient was given medicine and told to return in 90 days.

Two years later, the patient shows up again. This time after several PSA tests revealed elevated and then slightly elevated PSA. The values appeared to be quite high and then they fell back down to slightly elevated. A third PSA test was never performed. The doctor recommended microwave therapy to shrink the prostate, put him back on medication, and told him to return in 90 days.

The patient returned again reporting that his underlying symptoms had worsened. The doctor performed the microwave procedure and told the patient to return for a follow-up. However, the doctor never saw the patient again.

The patient sued the first urologist for failing to perform subsequent PSA tests and for failing to biopsy the prostate when he had the chance. The patient argued that the condition would have still been treatable had the doctor made a timely diagnosis of prostate cancer.

The urologist claimed that the patient’s results would have been caught had the patient returned for his follow-up appointment when instructed. The doctor put the patient on finasteride which is used to treat enlarged prostate. The expected outcome of a PSA after a patient takes finasteride is the halving of their PSA level. In cases where the PSA does not go down, urologists are expected to strongly consider prostate cancer. Because the patient never returned for a follow-up visit, the urologist was not able to take a PSA after the finasteride was prescribed to determine if prostate cancer was the cause of the elevated PSA.

The jury returned with a verdict for the defendant. Is it fair to blame the patient in this case? What do you think?

If you’ve been injured by a medical doctor, the Tampa medical malpractice lawyers at Palmer | Lopez can help you recover damages from the negligent doctor. Call today to schedule a free consultation and learn more about how we can help.