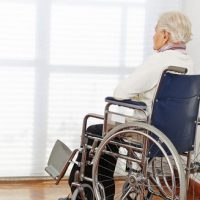 There have been a number of incidents involving nursing home malpractice in which residents have died due to unthinkable lapses in the standard of care. Recently, a case involving a military veteran who died after the nursing staff ignored an immediate need for treatment. According to reports, the veteran had severe diabetes, but that was not why he was rushed to the emergency room. Upon being admitted, a doctor at the hospital informed the family that there was gangrenous tissue on his genitals that had to be removed. The nursing staff had left the patient unattended until his genitals began to rot.

The veteran had gone to Consulate Health Care three months prior as his health began to decline. During his stay, he had been left unattended and nursing staff, which are supposed to be responsible for bathing and moving him, never appeared to notice that the veteran had gangrene.

According to the family, the doctor expressed shock that the veteran’s condition was allowed to advance in this manner. He told the family that it is very rare, this day and age, to see gangrene that had advanced to that extent. Nursing homes are expected to bathe patients so it is unthinkable that the staff would not have noticed. Furthermore, gangrene has a characteristic smell that should have also been noticed by the staff.

The veteran’s condition rapidly worsened after the procedure to remove the dead flesh. He died shortly thereafter.

Investigators for the Florida Agency for Health Care Administration (AHCA) launched an investigation into the death. Consulate and its affiliates have been cited three times prior for the deaths of their patients or major violations. One patient contacted the AHCA reporting that she had not had a shower in a lengthy period of time.

Additionally, staff indicated to investigators that the smell was pungent enough to detect from outside of the veteran’s room. There is no indication as to why they did nothing about it. In fact, staff made no attempt to even document the situation in the veteran’s report.

The Florida Department of Children and Families ruled that Consulate Health Care was guilty of “inadequate supervision and neglect”, but the AHCA, which has the power to issue fines, has yet to take any action. Today, there are still patients in that same nursing home who may be living in their own squalor and not even getting adequate showers.

The State of Florida Does Nothing

Despite apparent and ongoing problems with Consulate Health Care, Florida has not taken any action against Consulate for this obvious breach in the standard of care. From 2013 to 2017, there were 43 investigations launched to determine the cause of death of 54 patients. The nursing home in question only faced fines or citations in 11 cases.

Palmer | Lopez in Tampa advocates on behalf of injured patients or their families when those entrusted with their health care fail them. Give us a call or talk to us online to set up a free consultation.