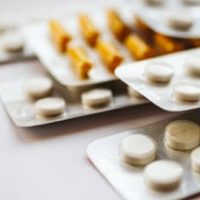 The Virginia Supreme Court recently ruled that a jury should have been given the opportunity to consider punitive damages in a lawsuit involving a patient who overdosed on prescription medication. This is the first time in the history of Virginia that the Supreme Court has taken on the issue of punitive damages against a doctor. The decision will give the plaintiffs the opportunity to increase their jury award. The decision also defines the threshold at which punitive damages are considered in a medical malpractice lawsuit.

An orthopedic surgeon in Virginia somehow prescribed more than 7,000 Percocets to his patient for a treatment that lasted less than four years. The patient overdosed and died. The family filed a wrongful death lawsuit against the doctor and was awarded $100,000 in damages. But the jury was never allowed to hear arguments on why the family should be awarded punitive damages.

Punitive damages are awarded in cases where the doctor’s practice of medicine was so reckless that the jury believes that the doctor should be punished for their actions. In a typical tort lawsuit, damages are not about punishment but rather making the victim or victims whole financially. This, of course, doesn’t happen in a wrongful death lawsuit and if the victim is particularly old, damages may be severely limited. This is because the victim’s family can be compensated for lost income they will no longer have without the family member. The rest is pain and suffering damages related to emotional grief and medical expenses.

In this case, the doctor was faulted for prescribing so many opioid-based painkillers without monitoring the patient’s condition. The patient died as a result of that lapse and so the doctor is responsible for that death.

In addition to the absurd amount of Percocet that the doctor prescribed, the patient had a history of bipolar disorder and alcoholism. The patient told his doctor that he drank vodka daily putting him at increased risk of respiratory failure.

The doctor conceded at the trial that he had breached the standard of care but said that the breach was not the proximate cause of the patient’s death. The circuit court judge agreed and struck the claim for punitive damages.

The Supreme Court ruled that the doctor in this case willfully disregarded the risk when he prescribed the opioid-based painkillers to a patient he could not regularly monitor.

If you’ve been injured by a negligent doctor, call the Tampa medical malpractice attorneys at Palmer | Lopez today and schedule a free consultation.